Instead of decrying the criminal indictment of Turkey's President Erdogan, the international community is again mute. His crime: authorizing the shoot down of the Russian SU-24 bomber over Syria. In the aftermath, the pilot who ejected was summarily executed on the ground. Indictment is the correct term. 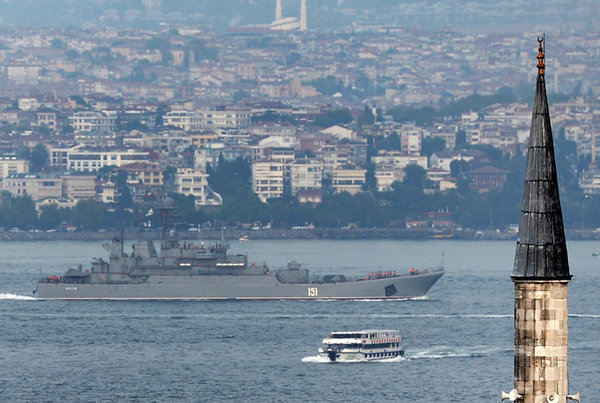 Turkey's 'leader' should be charged with murder. The sanctimonious West is in denial. NATO, partly complicit if not the instigator vows to defend the murderer. Washington, which knows every detail, feigns ignorance. Why is there no Western condemnation in absence of Turkey's compunction?

Where is the UN?

Where is the U.N.'s moral outrage? In fact, that which is happening in Syria today is déjà vu all over again: it is a rerun of the propaganda reel that the U.S. State department previewed in Ukraine during Kiev's Maidan Revolution and subsequent coup; the same villainous actors abound just on a different stage. Syria has been targeted for regime change. The West's cacophonous call for President Bashar al Assad's removal has been Washington's Middle Eastern agenda for decades.

Only Russia bars their path. Albeit, President Putin's decision to enter the breach by bombing ISIS, has served the West notice: the stakes have spiked even higher. Russia's message is clear. There will be no permanent peaceful resolution to the Syrian crisis without the peoples' involvement. That means Assad too. Syria's legitimate head of state must be part of any political solution. Russia's measured response so far, in the face of such treachery by a supposed ally belies the horror of what transpired weeks earlier. Terrorists downed a Russian commercial jet over Egypt. All told, 228 innocent civilians were murdered.

Surely, Erdogan was well cognizant of the facts. ISIS planted the onboard bomb. They said so. Did he think that President Putin would take the latest tragedy in stride; excuse Turkey's aggression without reprisal? If he did, then Erdogan is even more the U.S.'s reprehensible vassal scoundrel that pundits both within Russia and overseas already make him out to be. If there is a logical case that would explain but not excuse Erdogan's brazen crime, all one need do is connect the dots.

Turkey, though paying lip service to Obama's 'coalition of the coerced' to at long last fight ISIS in Syria with military force, is loath to do so. More important Turkey has its political/economic motives to do just the opposite: not lift a finger (against ISIS). That is because as President Putin already disclosed to Russia's Western 'partners' at the G20 Summit, Turkey is in reality a turncoat. Russian military intelligence provided the evidence: Turkey, including its President are really aiding and abetting the ISIS terrorists. Detailed satellite images show that Turkey provided the egress for the stolen oil that ISIS has been trucking in and through Turkey.

Contraband to Turkey to be sold elsewhere

From there the contraband, once brokered by the Turks, is sold elsewhere. The 'buyers' list includes Israel, the European Union and as some have suggested, even America. The scale and the scope of the covert theft equates to over 50 million barrels. Moreover, Turkey has profited from this nefarious heist for almost four years. Russia has more proof. The laundered money trail flows straight to the Turkish President's palace. Using a labyrinth of the Erdogan's financial network including his own son, the ill-gotten gains are then spirited outside the country.

The funds find their final nesting stage in the usual safe havens for criminalenterprises: Switzerland, the Cayman Islands and possibly even those gilded British investment banks on Guernsey Isle. Aside from the monetary gain, Turkey has a political motive; ethnic problems at home. The Kurds have been a thorn in the secular state's side for more years than Erdogan cares to admit. The separatist movement, or KKP, has its own sovereign designs both inside and across the Syrian border. Oil too is at the heart of their dispute. Their Turkish master though cannot fathom sharing any resource with the subjugated Kurds. By extension, keeping the ISIS oil escape route safe and secure, Erodgan has managed to thwart its old nemesis's designs.

While the Kurds fight ISIS, Erdogan courts the terrorists by providing them military cover. Russia, now wiser as to Erdogan's true colors should endeavor to be ever more vigilant in its Syria campaign as to joining the West's coalition of 'partners'.

That same portent applies to the newest 'partners': Hollande and Cameron. The two turkeys are even bigger U.S. vassals. Neither one is trustworthy. Syria's war is about oil; both Putin and Assad know that well.