The Pussyfication of Western Democracies

In the West, you see this happen all the time now. It is more than mere phenomenon. Their MSM reports this daily. In fact, the major networks revel in glee. Each chance they get news anchors gloss over serious matters; and instead they pontificate feel good stories as 'headline' news. Women's rights as in gender equality are en vogue. At least that is what the spin doctors tell us. The political correct crowd is with them. Anyone that dares question let alone opposes the feminist agenda risks being shunned as a pariah; at worst you are labeled a misogynist. 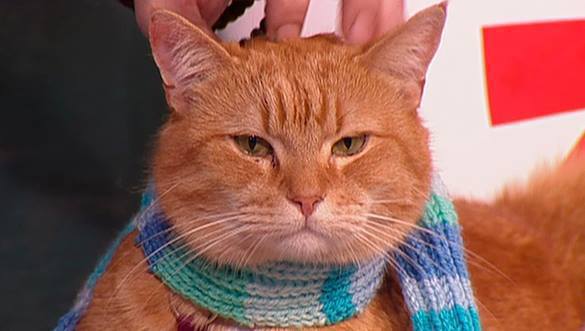 There is no better example of taking feminism to the extreme than to cite what is happening in America right now. Democrat nominee for president, Hillary Clinton, runs amok under the banner 'Stronger together'. Translation: "I am woman; it is my time; by hook or by crook I want what is mine." Therein lays the problem. She is delusional. Her false sense of entitlement by playing the 'feminine' card is just that: hubris founded on lies. Clinton has no sound platform. Her message to the electorate is devoid of substantive measures. She has not given even a hint to the citizens of her devising a strategy to turn America's future around; point the country in a positive direction; help working class Americans whose economic prospects shrink each day.

Presidential challenger and GOP candidate, Donald Trump, pegged Clinton straight; called her out for what she really is: crooked. Trump went further: Clinton has no clue about anything. He said something similar about the existential Muslim apologist and current occupant of the White House. When it comes to exhibiting the strong leadership traits needed to fight Islamist terrorism, Obama like Clinton, is not well endowed. The Donald is right again.

Elsewhere around the globe, Western societies have not fared much better. Australia, under Julia Gillard's 'leadership' regressed socially, politically and economically. The situation got so bad 'down under' that the Aussies were compelled to elect a he-man. Her replacement, Tony Abbot, did not live up to his tough talking male persona though. He turned out to be a koala cuddling pussy. Europe too has its share of PIG's (progressives-in-government); and far too many.

In Germany, Frau Merkel was heralded as the paradigm for the EU. A paradigm in what exactly? She is an abject failure. Other than kow-towing to Obama's global dictates which included naturalizing millions of Syrian and Iraqi refugees fleeing America's unending Middle Eastern wars, Merkel has done nothing for the German people. How this closet commie remains in power is beyond the pale. One plausible answer: maybe German males much prefer pussyfication over self respect. Nowhere in all of Deutschland have men challenged her treasonous policies. Uber alles has all but been thrown out with the Dove body wash. Pathetic before it is sad....

Across The Channel, the Brits have also partaken of the feminist showcase bread. With the resignation of Cameron, Britain's newest Prime Minister, Theresa May, has ripped a page out of the Conservative Survival Guide: when all else fails, play the 'Maggie' card. May is no Margaret Thatcher. Not even close. The real Mrs. Thatcher was May's (and all feministas) polar opposite. Maggie was an outlier to today's feminist camp. She had brawny guts as well as brain. Just ask Bush the elder. George H. Walker Bush was not capable of taking a principled stand in an international crisis. In re, Bush acted only after Maggie propped him up by the elbows while she supported his weak knees.

Le Pen nearer to Thatcher than May

Maybe the Brits are confused. Rather than listen to May, they should pay close attention to what France's Marine le Pen has to say. The French Nationalist leader is the nearest match to Margaret Thatcher's clear vision and sound judgment; something that the usurper in 10 Downing Street is trying so hard though in vain to impersonate. To make matters worse, mad-hatter May is a lifelong Russophobe; even more so than Killery Clinton. Where is their feminist/pacifist side when the whole world needs reassurance?

Speaking of France, their President deserves special mention. Hollande's real life persona is not far removed from the skirts he chases. The prating fool, rather than fess up to his marital infidelity, let his wife read about it in La Presse. He dumped her for his call girl. Hollande's lover has reputed mob links. The Mafia always extracts favors for their co-operation. That proven caveat did not stop Hollande though. While he cavorted around Paris' back streets aboard his 60cc Vespa hurrying to his next tryst, Islamist terrorists plotted France's destruction. Even while murderous terror attacks were in progress, Hollande was nowhere to be found; that is probably because he was 'on the job'.

That is Hollande to a T: soft on terror; but hard on, well, you know.... Welcome news to the globalists. Feminism along with LGBT is the new weapon of choice against the West. The one per center elites plan to wield it with rapier like precision; used with stealth they can consolidate more power. Moreover, their amoral suasion spreads like plague; it will not be necessary to fire a single bullet. No need to. With so many Western males in a pussy state, who then can resist? Not the case in the East. Russia and now China outwardly challenge the globalist hegemony in all its tyranny. Good news....