US officials made up attack on their destroyer off Yemen?

The Houthis deny their involvement in the attack on a US destroyer in international waters off the coast of Yemen, Reuters reports. 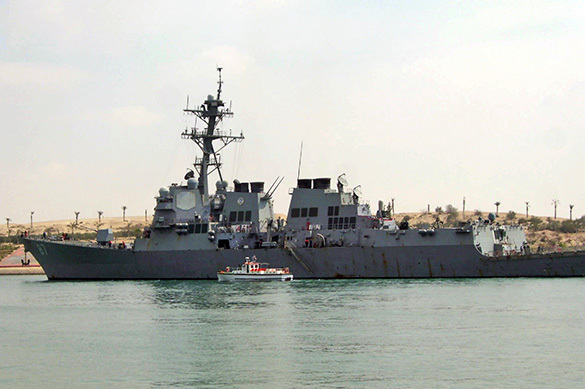 "The Houthis movement denies the attack on any vessel outside the Yemeni waters," a representative of the Houthis told the agency.

Earlier, Reuters reported that a US Navy ship was attacked in international waters off the coast of Yemen. Two missiles were fired into the vessel, but they both fell into the sea without reaching the US warship, RIA Novosti reports.

A Pentagon official said that the missiles were launched from the Houthi-controlled territory in Yemen. The Houthis government blamed the Saudi Arabia-led coalition for the attack, but the command of the coalition rejected the accusations.

The armed conflict in Yemen continues since 2014.