An annual religious study  conducted Pew Research has unveiled a crisis of Christianity during the presidency of Barack Obama. Eight years ago, before his inauguration, only 16% of Americans identified themselves as atheists. To date, their number has increased to 25%. 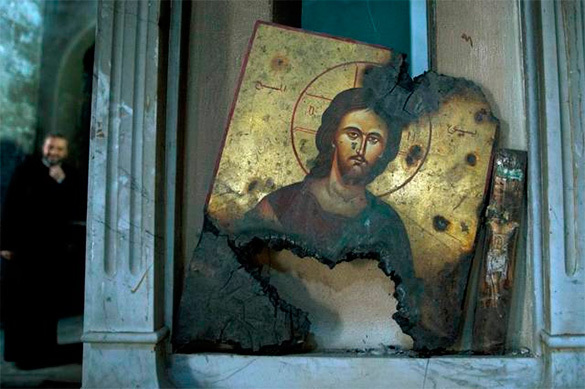 What awaits America and its citizens? Pravda.Ru asked this question to Professor of the Department of Missiology at Saint Tikhon's Orthodox University, President of the Russian Association of Centers for Study of Religions and Sects, Alexander Dvorkin.

"One of the reasons for the growing amount of atheists in the United States is said to be Obama's policy to transform schools and universities from secular into openly anti-Christian institutions. In many US schools, reading the Bible or the public wearing of crosses may entail penalties. What consequences do you think this will entail for the American society?"

"Firstly, I do not think that it was the Obama presidency that played the key role in this process. The  process started long ago, in the late 1980s, the 1990s and the early 2000s. Perhaps, the anti-Christian changes became most expressive during the Obama presidency. I think that the process will continue in the future too, if one does not take any measures to stop it.

"Hollywood movies act as the best tool to assess public opinion. Occult vision in almost all Hollywood films is perceived as absolute reality, in which Christians are portrayed as narrow-minded cranks at best or malevolent villains at worst. There is also, of course, omnipresent sex and the dictatorship of political correctness that will soon turn America into a completely totalitarian society, in which homosexuality will be seen as a norm, and children will be encouraged to change their sex from the very tender age, if they want to.

"It appears that normal human relationships no longer fit the concept of norm. In any case, it is already impossible to openly criticize homosexuality. In intellectual, creative and professorial circles, rejection of homosexuality is no longer accepted, and normal people see it just as unacceptable as racism and anti-Semitism. I attend international conferences from time to time, where it is believed that if you are a professor, if you are a representative of the academic community, then you are supposed to show support for homosexuality, same-sex "marriage" and so on. They do not even think that some people may have another opinion."

"In late October, the head of the Billy Graham Evangelistic Association, Franklin Graham, who claims that Barack Obama "promotes atheism," unexpectedly called his congregation to pray for the President of Russia, who defends traditional Christianity. Will common Americans and representatives of the American church listen to Graham?"

"There is no such thing as the American church. There are many religious organizations in the USA, and all of them are different. Unfortunately, sects are still thriving in America. During the late 1990s, the US government started supporting sects, including most ominous ones. Anti-sectarian organizations were crushed and devastated by courts. This process started in the USA during Clinton's presidency, and now it has reached its peak."

"What will happen to traditional Christianity in the coming decades?"

"It is impossible to make such a prediction as there are a plethora of factors involved. In general, I can say that traditional Christianity is being oppressed. In the Middle East, they simply kill Christians. There is no open persecution of Christians in Europe, but one can come across hidden persecution everywhere. It is forbidden to wear traditional Christian symbols. Christian holidays are being erased, and it is considered politically incorrect to congratulate one another on Christmas - one should congratulate each other on the so-called "holiday season." Official postcards do not carry Christmas or Easter symbols. All in all, the general trend is quite sad. In Russia, this process is not as evident as in the West, but it is developing here too."