Russia to defend all Christians of the world

The Russian Foreign Minister Sergey Lavrov claimed about preparation of the second conference on defence of Christians in the world. 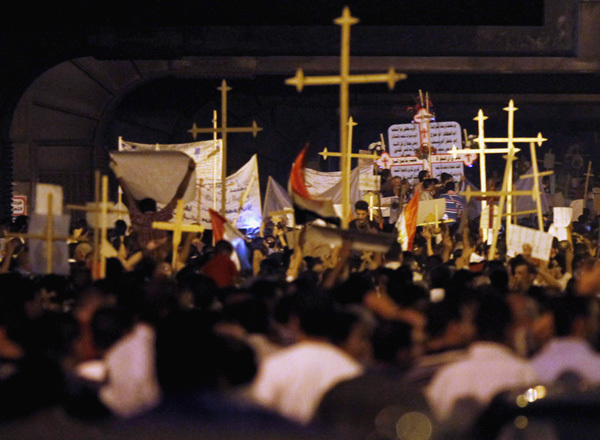 'Apart from demonstrating personal example on how important, as we believe, is to build relations among various religions, it is necessary to carry out special events. To tell the truth, today Christians are subject to very serious persecutions in the Middle East and first of all in Syria and Iraq. Their numbers in these countries have drastically dropped,' the Minister noted.

According to him, exodus of the Christians from the region, where Christianity arouse, 'would be a colossal strike against the whole history, spiritual side of not only the Holy Land, but the whole of the Middle East.'

'Thus, along with the Imperial Orthodox Palestine Society, our government organizations actively use international structures to draw attention to this urgent problem,' Lavrov added.

The first conference was held a year and a half ago in Geneva. Representatives of Vatican, Russia, Armenia, as well as Lebanon, took part in it.

For the latest some dozens of years the state of Christians in Muslim countries of the Middle East cannot be called as a safe one.

Author`s name: Editorial Team
21:05
Video shows how Ukrainian military men are treated at detention facility
20:50
Horoscope for May 28, 2022: Too many surprises for everyone
18:49
Bloomberg: Germany's actions against Russia put Austria at risk
18:21
American laboratories found in Nigeria where monkeypox began to spread
17:34
Truss says what'll happen to the West if Russia wins the Ukrainian conflict
16:23
Expert says Zelensky might face a military coup in the coming weeks
15:48
Zaporozhye official says Kyiv is preparing the surrender of the region
15:10
Economist: Ukrainian refugees begin to leave Poland for the homeland
14:32
Chechnya's Kadyrov: Ukrainian forces kidnap common workers
14:26
Ex-officer names the motives of the militants who remained at Azovstal
World
Viktor Yanukovych: Ukraine on the verge of total annihilation