Why does Russia lose Orthodox countries?

In the last decade, Russia has lost such allies as Bulgaria, Romania, Moldova, Greece, Serbia and Georgia. Why does Russia lose Orthodox countries? Is it about a crisis of Orthodoxy or a crisis of authorities that renounce religion? Pravda.Ru conducted an interview on the subject with Roman Lunkin, a leading researcher at the Center for Religion and Society of the Institute of Europe, the Russian Academy of Sciences. 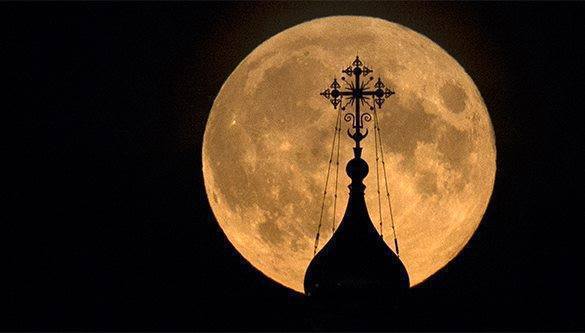 "A few Orthodox countries have remained allies of Russia. Why is it happening? Is it a crisis of Orthodoxy or statesmanship?"

"I would not be speaking about the crisis of Orthodoxy. First of all, Orthodoxy is fragmented, as opposed to the unified Catholic Church, where there is structure, hierarchy, extreme degree of centralization and subordination to the Pope. There is no such system in the Orthodox Church. There are several dozens of Orthodox jurisdictions around the world.

"What they understand as a crisis of Orthodoxy and fragmentation is a natural state of the Orthodox world, in contrast to other religions. The Protestant world is fragmented similarly: there are thousands of directions there, but nobody talks about the crisis of Protestantism today.

"I think that the year 2016 will become a turning point in the development of the Russian Orthodox Church, because it has came into the international arena and made global statements to avoid a new world war. I'm talking about the protection of the rights of Christians in the Middle East and around the world. This is a new important topic for the Russian Orthodox Church.

"This role is not only about peacekeeping, which was characteristic of the Orthodox Church in the past. The new role is about the participation of the church in the protection of human rights, the rights of the Christians. The Church defends religious freedom around the world, not only in Syria, Iraq, but also in other states. Two years ago, Patriarch Kirill wrote an official letter in defense of a convicted Protestant pastor in Saudi Arabia.

"One should add here the protection of the rights of the Christian population and Christian churches in the European Union, where Christians suffer from various forms of discrimination. Something similar is happening in Russia. We are an Orthodox country, but many people do not want to see priests and hear proclamations of religious postulates in public space all the time.

Judging by polls, the majority of Russians call themselves Orthodox people, but they still refuse to comply with requirements of the Church. We share this strange contradiction with European countries. Like Catholics in Italy or Poland, Like Orthodox in Romania, Bulgaria and other countries, the majority of the Russians seems to believe in God, but they do not go to church.

"Orthodox societies are open societies. In social terms, the church, of course, sets complicated conditions, but on the other hand, the church works with parishioners and helps people. This makes the Church closer to society.

"In Greece, for example, the parish community is developed better than in Russia, because Russia experienced the Soviet times, and not so much time has passed to restore our community life, to make every believer realize that going to the church on Sundays is normal."