Russia has become responsible for Christian values in the whole world

Angela Merkel's initiative to ban the "aggressive promotion of Christian values by the Russian Federation" has received mixed reactions. Why does Europe want to abandon Orthodox values? Pravda.Ru conducted an interview on the subject with Father Andrey (Tkachev), a supernumerary clergyman of the Church of Resurrection in Moscow. 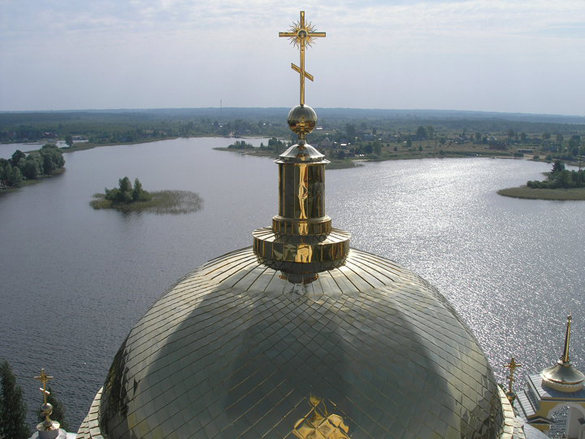 "In November, Brussels officials considered a bill that consisted of two parts. The first part of the law was supposed to prohibit the broadcast of Russian mass media on the territory of the European Union. In the second part of the bill, Angela Merkel asked MEPs to consider a ban on the promotion of Christian values by the Russian Federation in an "aggressive form." How can you comment on such a development?"

"The pendulum has swung in the opposite direction. The Europeans were strongly attached to Christian values just because the USSR had turned its back on Jesus Christ. There was an official ideology in the Soviet Union, but the West wanted to show us that they were free, smart and reasonable people. They were pedaling Christian topics, but that was not because they were full of love for Our Lord - they were struggling against us this way.

"Nowadays, when Russia appears to be a religious country, they have lost their enemy. As soon as Russia found Christ again, they stopped believing in him. They no longer need him. They only pretended to be religious, but then they took off their masks.

"There is no freedom in the West. All those people, who lived there, who thought and interacted with others - those people know that there is no real freedom there, in fact. This is false freedom that they use for their personal pleasures.

"In general, the West despises everything holy. If they bash Russia and the Russians, it means that through the mouth of our enemies, we obtain a new good name for ourselves. No one can speak the truth better than a trustworthy friend or a sworn enemy. A sworn enemy can speak the truth very well. "You're a Christian, that's what you are. You are a preacher of conservative values. ​​Do you realize that you're a villain, because you are a preacher of Christian values?" We can only look at those people and thank them for saying such things.

"In fact, they make us become even bigger conservatives and greater preachers of Christian values. We have our own internal problems, we are not fully Christians ourselves. In the past, we were all addicted to Deutsche Welle, Free Europe and the Voice of America, but we despise all this today."

"It appears that in Western Europe, there is satanic religion prevailing today. They are doing all this for the sake of their own values, are they not?"

"Of course. We have entered the period of strange persecutions, when people can not be jailed or placed in a mental hospital, but they taboo the holy name of Jesus Christ: you can't talk about it, don't you dare, you can talk about the weather and sports and Formula One and the presidential election - you can talk about anything, but you can not call the name of the Lord. This is something demonic indeed.

"Today, we are dealing with Satanism that simply hides under the mask of being civilized. All those clean streets and pavements washed with shampoo - all of this will go away. For the time being, one can still see vestiges of culture and kindness in Europe, but this is not a merit of modern European nations.

"Today's kindness, the residual European kindness, today's level of culture in Europe - all this is just a legacy that the Europeans inherited from their ancestors. This legacy will soon disappear. They are Satanists. If their parliaments can approve such initiatives, how do we call it then? Democratically elected representatives of the people, parliamentary democracies, representatives of democracy, tell people to remain silent about Jesus Christ. They are the people, who rebel against Jesus Christ.

"I remind you that Catholics believe the Orthodox Church is their elder brother. An Orthodox man can be a godfather to a Catholic person. It just so happens that we can not remain indifferent to what is happening in Europe. In today's France, they decide to demolish ancient churches. In Paris, they decided to demolish the Church of St. Rita, but when a priest threw himself on the floor protesting, the riot police dragged him out of the church by his feet and left the man on the porch.

"In a Normandy village, two Muslims attacked a priest during a service and slit his throat. The most terrible and outrageous thing about this story is that the two attackers were released on bail a month after the crime, because they were too young (18-year-olds) and they repented. All this is simply catastrophic.

"The time when churches would be built everywhere in medieval Europe was known as a century of cathedrals. Today, many people in Western Europe believe that Russia is living through its own century of cathedrals today, because after decades of Soviet power, Orthodox churches started appearing in Russia one after another. Russia has entered the period of global responsibility. Today, Russia is responsible for the whole world, because what the world has today is faith. Without faith, the world will not be able to exist."