How Truth Gets Lost

In mainstream, alternative, and social media, truth is difficult to both search out and find. Governments and world leaders already represent the establishment and no the people. Even when the holy books were written, truth was hidden by the rulers in that period and manipulated to their favor and to show their own insights. Now, it is more important than ever to listen to your inner voice and let your conscience speak,  and of course some common sense. 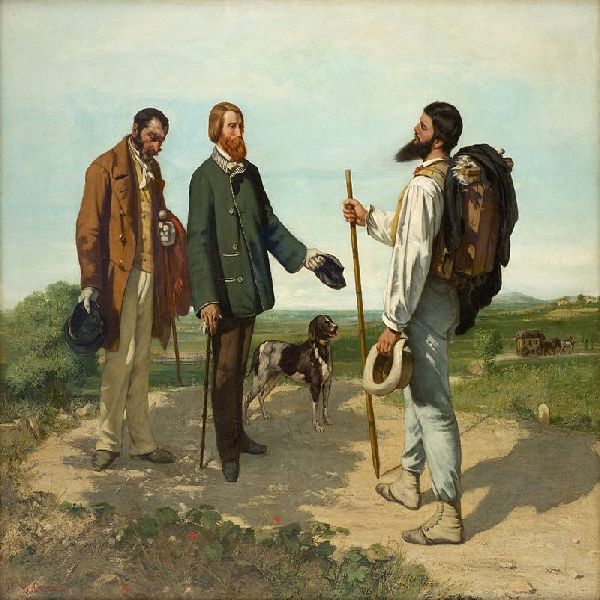 Even in your own life is truth a colored truth, your truth. And it's very easy to get lost of the path, because the truth is sometimes too hard to handle. The further you get away from your own path, the further toward being susceptible to half-truths and lies one becomes. And what makes it worse is that the lie eventually becomes your truth and living your lifetime with lies, after you've lost the concept of what the real truth is. You lose the child within you...

I know people who are so smart in their own lies and they manipulate the reality and blame everything on others and the circumstances, that they really do not realize that the lie reigns in their lives. Recognizing the denial, ignoring and inability to change, but realize that it goes step by step and that it remains difficult because truth will change, as we see truth. Evolving truth, like a cheese slicer, which skive a layer of truth and encounter another truth, a deeper layer of truth, and so we scrapes by until our lives cheese is finished ... Nothing is alien to me, because we keep people with our weaknesses, bad habits, irrationality, we are imperfect, and one of them is me.

Especially the mainstream media is no longer independent. This is because multinational corporations and extremely wealthy owners determine the content. The prevailing contemporary media report what their owners have served up (or decide not to serve up) so that no information ever gets through. Indeed, no information is still information. This is why it is so important to fact check and do proper research to ensure that the information is correct.

Blind copying and importantly now is more, what you not hear. For instance,  Panama Papers!!! The information was enormous colored and yet a large team of journalists just took everything that was presented to them. What immediately struck me was the one-sided reporting of the names of persons and nations that occurred thereafter. Almost all opponents of the dollar, of America and of Western multinational banks. Much more important was the issue, we did not hear. Why was this information brought out? By whom?

There are so many false flag operations, including 9/11, so many unfair reporting, fueled by governments. Many wars as a result of incorrect reporting. The history books are full of them but, then again, even the history books are colored. The mainstream media must seriously ask themselves whether they are not responsible for the wars, all the cruelties inflicted on humanity.

It is always important to ask why we hear, what we hear, and why we do not hear what we should hear ? And of course, the truth is sometimes difficult to handle and we should be sometimes protected before it, but it should never be manipulated truth or untruths. Better the hard truth than a white lie.

Main goal of the news media is not objective information, but its purpose is to manipulate us and influence our way of thinking to suit the wealthy corporations to keep us in ignorance and hear, what they want us to hear, protecting their interests. Money talks. Any garbage will do: sensations, suggestive news, gossip, speculating, making up stories, etc, etc. and truth is irrelevant. Contemporary media forces us their colored and manipulated news, in order to control us, and brainwash us!

"In the Netherlands, the media, the news over the years also become more of a hatch and part of other large multinationals, only the VPRO and VARA have partial independent journalism. The Netherlands used to be in all a precursor, an example country with many freedoms, social rights, good education, good care, but since neo liberalism and therefrom the arising globalization rules, all the social gains  little by little are stripping the society, creating bigger and bigger gap between rich and poor. Poverty in the Netherlands has increased tremendously, even by 40% since 2011. "

Alternative media is dependent on their sources and try to find truth and therefore deserve the benefit of the doubt. We should welcome any attempt to find the truth. Unfortunately, there are also wolves in sheep's clothing.

Social media is very anonymous and it seems everything is permitted. No nuance, abetment, deceit on social media. Also, many unprecedented good opportunities to take the world in your hand, so we all can be private media, filming and recording  wrongdoing and disclose. But now there is a plan to censor social media.

Our governments and world leaders do not govern for the people, but are themselves governed by the shadow government, the real rulers of the world. In almost all my writing  is given attention to this, because politics determines everything, prosperity and welfare of our and future generations and for our only and unique planet. True leaders lead us, the people, to prosperity, ensure peace, provide security and freedom. Feed us with positive ingredients and false leaders feed us with poverty, insecurity, fear, anger, wars and negative and bad ingredients.

It is about time to determine how to end this immense inequality and injustice inflicted on humanity by the 1% elite, The Rothschilds, Rockefellers,  multinationals, banks, some royalties, the Vatican who have almost everything already but are still getting richer. Endless wars are fought simply for more wealth and oppression. Their pride is their downfall.

An example of the history of the monopoly of a few. From oil, to education, banking, media, medicine and food, they control it by a monopolistic system. Several companies under one umbrella.

Special attention to our soldiers, police and secret services. Also be used, and you are only instruments of the 1% elite. Please, don't fight their wars, don't fight for wage slavery but for freedom and justice. Don't fight for a totalitarian regime, but for free democracy. Protect your family and homeland for the true values of life, of respect, freedom, love and not oppression, for modern slavery.

Don't give yourselves to brutes - men who despise you - enslave you - who regiment your lives - tell you what to do - what to think and what to feel! Who drill you - diet you - treat you like cattle, use you as cannon fodder. Don't give yourselves to these unnatural men - machine men with machine minds and machine hearts! You are not machines! You are not cattle! You are men! You have the love of humanity in your hearts! You don't hate! Only the unloved hate - the unloved and the unnatural! Soldiers! Don't fight for slavery! Fight for liberty!" (Charlie Chaplin)   (Goosebumps again and again)

Soldiers, remember Smedley Darlington Butler (30 July 1881-21 June 1940) He was a United States Marine Corps major general, at that time the highest approved grade, and at the time of his death, the most decorated Marine in US history.

As a child I was particularly interested in religion and history. Raised Catholic and spent many hours as a choirboy (one of the best child choir in Europe) and as an altar boy in the church and still have a lot of respect for the essence of the sacred books and the word 'LOVE' and evolution of the individual. The Bible contains many important universal truths, but the most important for me:  "Love others as you love yourself."  I also highly value the concept that "God is LOVE" as well as the evolution of man into a higher consciousness and the ability of man to develop good qualities. Your divinity grows within yourself.

A very important conclusion and an eye-opener for me though was that women, in all holy books, are considered and treated inferior, while women are actually extremely important. Without women, there is no survival of humanity. Moreover, women tend to be more focused on what is better for the children, the community, and society. Women tend to be much more social, selfless, less aggressive, and less prone to criminality. Remember, a woman carries a life within her for nine months, an essential influence. It's that simple.

The holy books are written mainly by men, men who like to have and maintain power, from the first existence, since the man was getting more aware, of his part, of his physical dominance, men took power and oppressed women. Alpha male behavior, filled with testosteron.

Be aware of the data that everything can be concocted, that the holy books are written because of the fear of death, because of the control of the people and that there is no 'God' and life after death, let alone reincarnation . As for me, we are all agnostics, we are all ignorant. Personally, I would like to believe in a Spiritual Holy Spirit, in Eternal Light of Perfect Love.

Hinduism. Buddhism. Jewish Religion. Christianity. The Islam. Respect for all religions, cultures and non religions. But God is not a God of hate, of fear, where pagans, renegades and non believers most reform or be massacred.

All kinds of extremism is extreme and reprehensible, whether its religiously, right, left, white or black extremism, but the most extreme form of extremism and the most vile and dangerous are the 1% elite, the actual rulers.  How can they look at themselves every morning in the mirror?

Love, respect, understanding, forgive and develop yourself in a positive, loving way, those are the foundations of faith, whatever you believe or not believe. These are universal truths, which we all should be recognize, acknowledge and trying to do. For a better, peacefull, honest world for future generations and our planet.

According to my humble, simple and relative truth.