Since his childhood, Putin has been fond of Soviet films about intelligence officers and spies. He always wanted to work in security agencies. His dream came true in 1975. Having graduated from the law department of the Leningrad State University, the would-be president was assigned to the State Security Committee. 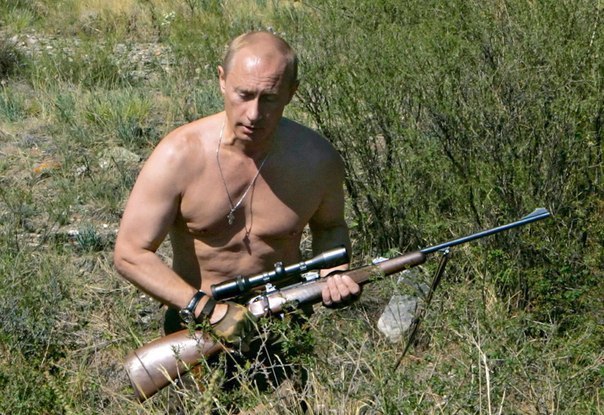 From 1985 to 1990, Putin had worked in the German Democratic Republic under the guise of the director of the Dresden Friendship House.

Putin has many pets, many of which were gifted to him: four dogs - black labrador Koni, two poodles and Bulgarian Shepherd Dog Buffy, goat Skazka her goatling, and a dwarf horse named Vadik.

Vladimir Putin is a master of sports in judo and sambo. Putin is a champion of Leningrad in judo, he is a winner of the USSR Cup, winner of DSO "Zalgiris" and "Kalev" championships. In judo, Putin earned championship titles in competitions between universities. During his young years, Putin's judo coach was Anatoly Rakhlin (1938-2013), who then coached the Russian women's national judo team.

In 1999, Putin's first book was published in collaboration with Vasily Shestakov and Alexei Levitsky. The book was devoted to practical judo training and was titled "Let's Learn Judo with Vladimir Putin."

Also read: What does the Russian president eat?

Putin is a collector of geographic maps and postage stamps with images of outstanding people.

On June 6, 2013, in an interview with Russia 24 television channel, Vladimir and Lyudmila Putin announced that their marriage had finished upon mutual decision.

Thirteen films have been made about Vladimir Putin so far, 12 of them are documentaries: "Unknown Putin", "Comrade of the President", "Putin's System", "55", "The Wall", "Putin, Russia, the West," "The Bridge over the Abyss", "Dans la peau de Vladimir Poutine" / "In the Skin of Vladimir Putin", "The Real Putin", "Paper Coronation", "Putin's Kiss", "I, Putin. Portrait" and one feature film "A Kiss not for the Press".

Also read: Who is Putin friends with?