Who is Putin friends with?

Russian President Vladimir Putin maintains personal contacts with many political leaders of the world, but his first priority is Russia's interests and their defense, official spokesman for the head of state, Dmitry Peskov, told reporters Tuesday, Aug. 2. 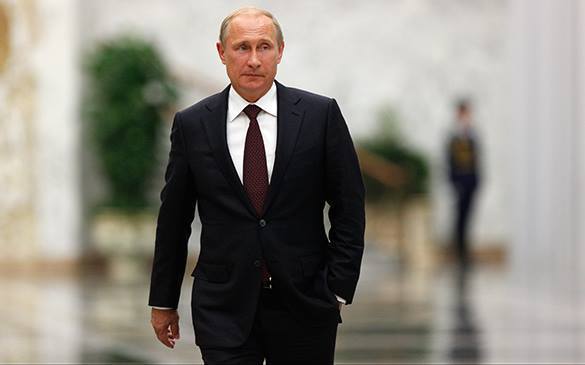 "You know that the president has good and constructive relations with a number of world leaders.  He maintains these relations," Peskov said, TASS reports.

Peskov then quoted Putin himself, who once said that no matter what the relations with politicians from different countries may be, the interests of the country are most important.

"Friendly and constructive relations help us defend our interests and deal with the issues that arise on the current agenda," Putin's spokesman said.

Peskov did not specify any names, but stressed out that President Putin regularly communicates with many world leaders, including new leaders who come to power in Europe.

Noteworthy, Putin remains friends with former leaders of other countries, but his friendship with them started at the time when those foreign leaders were in power. Thus, Putin developed warm relations with former President of France Nicolas Sarkozy during his presidency. Sarkozy had repeatedly visited Russia, including in 2008, when he took an active part in resolving the crisis caused by Georgia's aggression in South Ossetia.

Sarkozy and Putin continued maintaining their friendship after Francois Hollande replaced Sarkozy as president. In November 2012, Russian President welcomed Sarkozy in his suburban residence in Novo-Ogaryovo. The meeting was private. In June 2014, the politicians had another private meeting in Sochi. In October 2015, journalists noticed that Putin, while meeting Sarkozy in Moscow, was on a first-name basis with the former president of France.

In June, the former French president arrived at the St. Petersburg International Economic Forum, when he expressed his support for Putin and his policies. Sarkozy offered Putin to lift the restrictions imposed by the Russian Federation in response to Western sanctions against Russia. "The strongest should act first. The strongest is Russia and President Putin," Nicolas Sarkozy said.

Many have heard about Putin's friendship with another Western politician - former Prime Minister of Italy Silvio Berlusconi. In June last year, Berlusconi paid a private visit to Russia's Altai where he met with Putin. The friends went fishing and enjoyed the local cuisine. In September of the same year, Berlusconi arrived in Crimea for a private visit. The former head of the Italian government met with the President of the Russian Federation in Sevastopol.

Former German Chancellor Gerhard Schroeder is another well-known fiend of Putin's. In April 2014, the ex-Chancellor, who resigned in 2005, celebrated his birthday with the Russian president in St. Petersburg. German media criticized Schroeder for the fact that the party in St. Petersburg was arranged at the height of the crisis in Ukraine, but Schroeder rejected the criticism, having stated that Putin was not a persona non grata.

Schroeder had been supporting Russia and its leader throughout the Ukrainian crisis. In late 2014, the German ex-chancellor criticized EU's sanctions against the Russian Federation. In early June of 2015, Gerhard Schroeder reproached G7 leaders for their refusal to invite Russia for the G7 summit.

The US presidential candidate from the Republican Party, billionaire Donald Trump, is known for his friendly attitude towards the Russian leader as well. Trump has repeatedly called the Russian president a "strong leader" causing a storm of criticism from his opponents. After the recent hacker attack on the servers of the Democratic Party, Democrats assumed that Russia was supporting Trump in the elections.