Vanga is known as one of the most reputable clairvoyants of the past century. Some of her prophecies have come true exactly as Vanga formulated them, whereas some others were misunderstood by people. One of Vanga's prophecies says that a new teaching will dramatically change mankind after the fall of Syria. 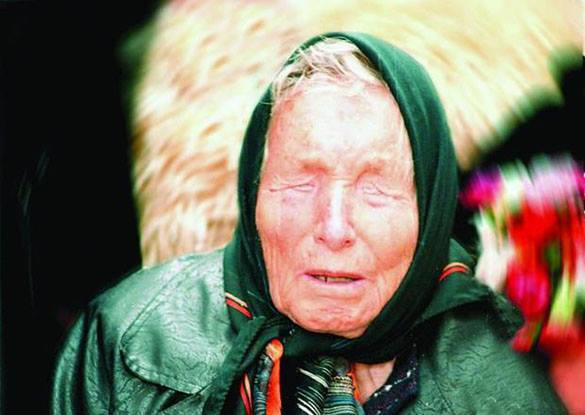 People were able to understand the meaning of some of Vanga's prophecies only after the predicted events took place. In one of them, Vanga predicted: "Kursk will go under water, and the whole world will mourn it!" Everyone thought that the prophecy was about the city of Kursk in Russia. In reality, though, it was Kursk the submarine that sank in 2000.

Her another prediction was even more obscure. She said that American brethren will fall after being attacked by steel birds. No one could even imagine that Vanga was talking about the collapse of the twin towers in New York.

Here's another prediction: "Due to the radioactive showers in Northern Hemisphere in 2011 - animals and/or plants will die." Perhaps, Vanga meant the Fukushima nuclear power plant disaster in Japan?

The prophetess repeatedly spoke about a forgotten ancient teaching that would re-appear in the world. According to her, the teaching would be related to Russia. "There is an ancient Indian doctrine the doctrine of the White brotherhood. It will extend worldwide. About it will print new books, and them will read everywhere on the Earth. It will be the Fiery Bible. Day and all religions will come will disappear! There will be only a doctrine of the White brotherhood. Precisely white colour it will cover the earth, and thanks to it people will escape. The new doctrine will come from Russia. It the first will be cleared. The white brotherhood will extend across Russia and will begin the procession on the world."

It is understood that Vanga's White Brotherhood does not stand for the totalitarian sect under the leadership of Maria Devi Christos. There is a fairly common theory saying that Russia is the ancestral home of the Aryans. Myths say that in the VI century BC, a leader named as Ram, who lived somewhere between the Urals and the Valdai, gathered the army of the Aryans (Indo-Europeans). They moved northwards and settled throughout Europe. It was them who founded fortresses known today as Arkaim, Sintashta and the Country of Towns. About 4,000 years ago, most of the Aryans left the European territory because of natural disasters and moved to India and Iran, where they became ancestors of modern Indians.

Some of them had supernatural powers. Ancient sources say that Ram founded the kingdom that was ruled not only by the king and the priests, but also by gods. Writer Vladimir Shcherbakov said that one can find many traces of ancient Nordic gods in Russia - aces. For example, the external and internal architecture of the Moscow Kremlin resembles descriptions of the legendary Asgard - the city of gods from Scandinavian sagas.

Where does the name of the city of Tula come from? In one of ancient languages, ​​"tula" means "fire". During WWII, the Germans surrounded the city, but could not take it, because it was the magical name that protected it. In Germany, there was a secret occult Thule Society, which takes its name after the mythical island of the same name, supposedly located in the Far North.

The arrival of a new (or rather a well-forgotten old) doctrine will bring changes to the world. According to Vanga, the teaching will come after the fall of Syria. The political situation in Syria remains very unstable, and the probability for the country to fall remains high.

Curiously, Vanga's predictions echo with the prophecies of Orthodox saints. For example, St. Theophan of Poltava predicted: "Something that no one expects will happen. Russia will rise from the dead, and the whole world will be amazed. Orthodoxy in it (Russia) will revive to its triumph, but it will not be the Orthodoxy that was before. God Himself will put the strong Czar on the throne."