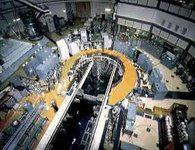 The Japanese government has declared a nuclear power emergency situation following Friday's devastating earthquake, although the prime minister, Naoto Kan, said that there had been no reports of radiation leaks at any of the country's nuclear facilities.

The chief cabinet secretary, Yukio Edano, said the nuclear power plant in Fukushima developed a mechanical failure in the reactor cooling system after it was shut down during the earthquake. He said the measure was a precaution and there was no radiation leak at the Fukushima No 1 power plant. He said the facility was not in immediate danger, The Guardian informs.

Tohoku Electric Power said smoke was observed coming out of the building, which is separate from the reactor, and the cause is under investigation. The plant is in Miyagi prefecture. The company said there have been no reports of radioactive leaks or injuries.

A large fire has also erupted at the Cosmo oil refinery in Ichihara city in Chiba prefecture near Tokyo and is burning out of control, with 100ft-high flames whipping into the sky. More than four million buildings are reportedly without power in Tokyo and its suburbs as a result of the quake, The Press Association reports.