World-famous British astrophysicist Stephen Hawking made yet another apocalyptic forecast.  Hawking named three main dangers that may destroy the human civilization in the next thousand years. These dangers are a nuclear war, global warming and viruses created by genetic engineering. 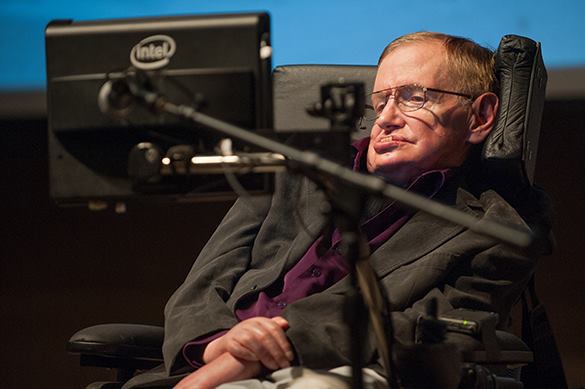 All these dangers come as side effects of our own science that has already invented such lethal dangers as the atomic bomb, energy-intensive technologies and genetic modification.

Nothing is threatening us in the near future, but the situation may change as time goes by, the scientist said. According to him, chances for a catastrophe to occur this year are slim, but everything may change quickly.

"Although the chance of a disaster to planet Earth in a given year may be quite low, it adds up over time, and becomes a near certainty in the next thousand or ten thousand years," he told the BBC.

"By that time we should have spread out into space, and to other stars, so a disaster on Earth would not mean the end of the human race," he added.

This is not the first "alarming" prediction from the world-famous scientist. Not that long ago, he warned of the dangers of artificial intelligence that may also destroy our civilization.

Hawking believes that mass media may often misinterpret reality. The danger of artificial intelligence is about its competence, rather than about its malicious intentions, the scientist believes. "A super intelligent AI will be extremely good at accomplishing its goals, and if those goals aren't aligned with ours, we're in trouble," he said.

The scientist exemplified his point of view with an anthill that finds itself in a flood zone during the construction of a hydroelectric power station. If people try to interfere with artificial intelligence, it would take action to stop us, says Hawking. "You're probably not an evil ant-hater who steps on ants out of malice, but if you're in charge of a hydroelectric green energy project and there's an anthill in the region to be flooded, too bad for the ants. Let's not place humanity in the position of those ants," Hawking believes.

Interestingly, Hawking and other physicists put forward a new theory, according to which black holes have hair made up of ghostly, zero-energy particles. Hawking believes that these electric hairs store some of the information that black holes absorb.