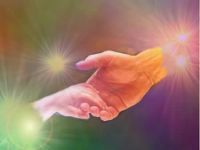 The world-famous physicist, Stephen Hawking, whose theories of time and space have enraptured millions, has decided to boldly go where no scientist should go...an incursion into religion, stating that life after death is a fairy tale. Yet is religion perhaps one of the few areas which cannnot or should not be subjected to the laws of science?

In his interview with The Guardian newspaper on Monday, the British physicist Stephen Hawking declared that in his opinion, there is no place for Paradise in the afterlife and that the human brain, after death, switches itself off like a computer, stating that the idea of life after death is "a fairy tale for those afraid of the dark".

The declarations of this scientist, 69, who has lived most of his life with the debilitating disease Amyotrophic lateral sclerosis (ALS), a  form of motor neurone disease, come after the publication of his new book, "The Grand Design: New Answers to the Ultimate Questions of Life" (2010), where he declares there is no need for the quest for a great creator to explain the existence of the Universe.

Rather than being a debate around the notion of science versus religion, Hawking's attempt to enter an area which is not a science brings us to the premise that religion cannot be confronted by or with scientific principles, because it is not comparable. Rather, they are two fields.

Let us take the example of this year's celebration of the Apparition of Our Lady at Fátima, Portugal, where days after the beatification of Pope John Paul II (a devotee of Fátima) and precisely when his name was mentioned, an Aura  appeared in the sky, around the Sun, with a brilliant vertical line either side, as if someone was in the sky making the sign of the cross. For those who have already started to scoff at the idea, see the video (1) below.

This is no Hollywood remix or clever cinematographic engineering of the truth. It is a video taken by a pilgrim. This camera does not lie. On a clear day without a cloud in the sky, how does science explain that?

How does science explain the story of a friend of mine, who after three consecutive aneurisms lost her sight (and nearly her life), went to Rome for an audience with Pope John Paul II, and the following day started seeing again after he placed his hand on her forehead? Or another friend, who had some serious doubts and worries about his sexuality, who was lucky enough to be confessed by the same Pope, whose simple phrase in reply ended my friend's torment forever?

Just as the Holy Scriptures of all the religions are not supposed to be taken at face value and provide answers and stories in the form of parables - stories told on long evenings before the advent of  the mass media - the religions also try not only to provide answers to our questions: who we are and where we came from but more importantly, to provide an area outside science, sufficiently vague to help us deal with sensitive issues which may question our very existence.

How would Stephen Hawking, or Science, comfort a woman who has been married to the man she loves all her life and has been confronted with the news that after the second argument in their lives, about something trivial, he dropped dead in the street? How would Science provide an answer for the family which has lost a child of seven years of age through illness?

Religion, not science, is what provides an answer, a hand to hold, comfort in discomfort, a light in the darkness, a friend where there is none; it is what helps us understand what has happened, it is what tells us it is OK and it is what gives us hope that who has passed on is happy and wants us to live a full and happy life.

Religion is what tells us that the person we love is still here with us in spirit and in memory and in mind, is still alive in his/her children and grandchildren and in the spiritual world, a spirit can never die - it just lives on as a spirit, a different dimension where we all go eventually and from where in many cases people come back to give messages and to reassure us.

The video below will provide some proof of this, the rest is provided by faith...and that is religion. It is not science and it is not for scientists to pontificate about.