Russian altruism: Don't Look a Gift Horse in the Mouth

My new essay is devoted to the Russian altruism, supported with facts and links. 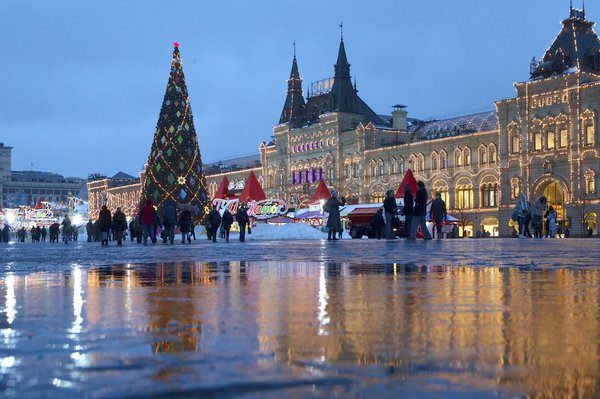 I'm sick and tired of hearing these two words - 'Russian Aggressor.' To all mocking skeptics, who doubt an ethical account, please get off this page and stop reading it. Your Russophobe brains won't comprehend this, anyway!

1.  How many of you know that Russian sculptor, Zurab Tseretelli composed a beautiful monument after 9/11 and presented it to the United States in 2006?  The memorial, called Tear Drop and built in New Jersey, was never widely recognized - undermining this heartfelt Russian gift. If you are curious about this earnest monument, here is the link to learn more about it.

Right now Zurab is working on the somber sculpture for 224 Russian victims blown in the airbus A-231 over the Sinai.  President Putin pledged to unearth and wallop the assaulters.

And again I will remind you that Russia was the first to send their condolences in 9/11, as they did to France after last week's massacre.  The papers counted 129 + 1 victims due to the terror attack. Among them was a young Russian woman, Natalia Bulygina-Laurent, who left two young children in the hands of her French husband, Serge.  Did any of you hear about it? Why wasn't the only Russian among the dead not accounted for and never mentioned in the press?

2. The heroic French service dog, Diesel, fell victim in the line of duty sniffing explosives that ultimately blew him in pieces, while saving six policemen who sent him to investigate conditions before entering the terrorist's nest.

Russia took his demise to heart. Now they are grooming and ready to send a pure bred German Shepard, a two-month-old puppy to take part of the French police future battlefield dog, replacing Diesel. The new puppy's name is Dobrynya, which is a meaningful and powerful image, regarding the Russian legend of enormous strength.

3. When Notre Dame couldn't raise enough money for its traditional Christmas tree, Russia delivered the biggest spruce worth $100,000 to bring happiness to French children, even after the strained relationship due to the Ukraine conflict. Russia didn't expect anything back, but wanted to save the holiday for the French citizens and especially kids who would have never enjoyed Christmas without a glorious, glittering tree. Here is the fact.

Next, the tragic terror shooting in Mali, where six pilots from the Russian airline Volga-Dnepr who were dispatched on a UN mission to deliver humanitarian help to the needy in Mali, were the first ones to take bullets. They knew the risk they were taking to travel to this destination, yet continued their humanitarian mission.

Since they were murdered, not a single international paper mentioned, not only their names but the very fact of their existence.

Among the dead were a selfless American health worker, Anita Datar, age 41, a member of a Belgium Parliament, Geoffrey Dieudonné, three Chinese citizens and a few others nations, their countries and names not confirmed yet.  Altogether 27 victims fell prey to the brutal ISIS gang.

4. When Dr. James Watson, the co-discoverer of the structure of DNA, sold his Nobel Prize medal to raise funds for his laboratory, the Russian businessman, Alisher Usmanov, bought the medal for $4.1 million only to return it back to Dr. Watson. What generosity!

5. When Benjamin Netanyahu visited President Putin last week, he was totally disarmed to receive an unexpected gift, a letter written by the founder of the Jewish State David, David Ben-Gurion, which was bought at the  auction.

6. Russia accepted one and a half million Ukrainian refuges, who were helped with housing food and clothing, despite the open hostility from Kiev.

It's time to acknowledge that while Europe has been swarmed with thousands of refugees, some Baltic States took huge grants reserved for refugees. However, why are Russians that happened to live in their territory, long before the break up of the Soviet Union, being placed in the same category?  After, they were listed as stateless and now conveniently were processed as refugees, capitalizing on the European Union's trust. This scheme was discovered recently and soon we shall learn more about the crafty ways of the Baltic States.

Besides putting American ballistic missiles on their territory, what else have they done to be proud of themselves?

They categorically refused to form a coalition to fight ISIS. Why? According to their lame statements they don't want to be in the same team with the "Russian aggressor!"

But the valiant Russian Federation can beat the ISIS beast with or without coalition!  After the morbid attack in Paris, the creative Russian pilots inscribed messages on their bombs for the terror perpetrators: 'For France and for Ours!'

Russia was and always will be the soul of benevolence!