A321: Four lessons for Russia

FSB chief Alexander Bortnikov stated on November 17 that the A321 passenger aircraft was destroyed as a result of a terrorist attack. CIA Director John Brennan stated that terrorist attacks in Paris were not an isolated incident, as terrorists were likely to be working on more attacks. What must be done to minimize the terrorist threat? Is Russia protected good enough? 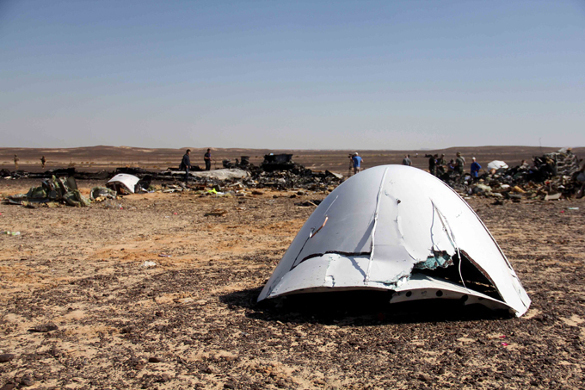 CIA Director John Brennan stated that ISIS could form an external branch that could work on new terrorist attacks in Europe. The CIA chief admitted that European intelligence services were struggling to keep track of hundreds of European extremists who returned home from Syria and Iraq.

Brennan also said that US intelligence had not yet confirmed that it was the Islamic State group that claimed responsibility for the attacks. At the same time, the CIA Director added that the attacks in Paris and the crash of the Russian A321 aircraft in Egypt, were signs of the activities of the Islamist group.

Noteworthy, Islamic State posted a message on Twitter saying that next targets would be London, Rome and Washington.

It appears that the Americans are confused about the fact that the omnipresent NSA and the intelligence network are unable to cope with the terrorist threat. The refusal of the authorities of 24 US states to accept refugees from Syria came as an expression of general uncertainty and lack of confidence to special services.

There is another version: Washington did not even think to cope with the terrorist threat. Many analysts suggest that Washington and US allies in the Middle East finance the Islamic State. What should Russia do? What actions should Russia take?

This question was answered by President Vladimir Putin. He vowed to find the perpetrators, wherever they may be. "We will be looking for them wherever they may be hiding. We'll find them anywhere in the world and we will punish them," Putin said at a meeting of the Russian Security Council on Tuesday.

These were not just emotions. Putin knows what he is talking about. Apparently, intelligence and counter-intelligence services are already working in this direction.

At the recent G-20 summit, President Putin said that terrorists of the Islamic State are sponsored by individuals from 40 countries, including G20 members.

Interestingly, the West did not hesitate to talk about Iran as "hotbed of terrorism", but nothing like that has ever been said about Turkey. A lot remains unclear about supply channels, through which  Islamists receive weapons, ammunition and manpower. Much will depend on diplomatic efforts, but in reality there was very little hope that, for example, Turkey will try to do something at this point.

Putin also said that Russia should intensify military actions in Syria. Indeed, it is only effective physical destruction that may somewhat cool the ardor of those wanting to join the ranks of the Islamic Sate.

Thirdly, Russia needs to strengthen security measures inside the country. This concerns both the work of security services and the unity of the society in the face of the terrorist three. Here the Russians have an extensive experience.

Fourthly, one must insist on tougher security measures at foreign airports, in places where Russian tourists traditionally gather. Should someone refuse to follow such recommendations, Russia must stop all direct flights to those countries. First and foremost, it concerns Turkey - the country, with which Russia does not a visa regime, the country that plays the role of a revolving door for terrorists.

The Third World War is already on - this is a war on terrorism, and Russia is prepared for it.

Will it be possible to create a coalition against terrorism? During World War II, the second front was  opened only when the allies realized that the victory of the Soviet Union was imminent.