Why is USA so much obsessed with Russia?

Russian television channels have recently showed, allegedly incidentally, a super secret lethal Russian weapon. All the information about the weapon was then cut from all materials. Obviously, it was an intentional move, but what was the point of the message, and for whom was it? Pravda.Ru asked these questions to independent political analyst Sergei Mikheyev. 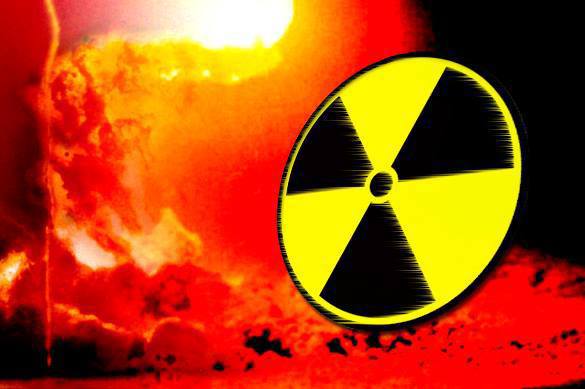 Russia does have a "dirty bomb"

"I think that Russia does have a secret weapon. Surprisingly, many old Soviet defense projects can easily outdo Western ones. Of course, such leaks are never incidental. Russia has incidentally demonstrated what she has. Showing is always better for understanding than putting it in words.

"The game is simple. The Americans are building a missile defense system to neutralize Russian nuclear forces to feel invulnerable. They need the feeling of invulnerability for absolute impunity in the world. Russia ruins many of America's plans, because Russian weapons are capable of striking the United States. Because of this, the USA and NATO have been building army bases near Russian borders, moving closer to our borders. The Americans develop high-precision and powerful conventional weapons that would be capable of striking Russian silo launchers, mobile systems and so on.

"The Americans have been moving in the direction of total impunity. They would like to see themselves absolutely safe on their continent - this is one of their main goals.

"Why are they so much obsessed with Russia? Russia is the only country, whose military and technical potential poses a real danger to the United States. Even if at least two or three of our nuclear missiles reach US cities, that would mean the collapse of the whole American concept.

The arms race is vital

"I think that the American "good life" concept is, in fact, quite vulnerable per se. The concept is based on the idea that America is the promised land where one can live carelessly, safely and happily ever after. This is what the theory of American exceptionalism is about.

"Therefore, the United States will not leave Russia alone - just because they can't. Yet, this path takes them to a dead end. To chill our American partners and to cool their brains, Russia needs to show them something from time to time. This something would show them that they have a strong competitor.

"One can hear many saying these days that we are witnessing another arms race. The previous arms race led to the break up of the Soviet Union. I strongly disagree with the idea that it was the arms race that broke the Soviet Union up. Russian liberals were actively promoting this idea during the 1990s, warning everyone that another arms race would destroy Russia. These arguments work for silly people, who listen to that and nod, thinking that it was indeed the case.

"The USSR collapsed for a variety of reasons. The arms race was not the most important one of them. They say that it all happened because of the fact that there were problems in economy, because living standards in the country were low. First of all, I remember very well how we used to live. It was not a wealthy lifestyle, of course, but people were not dying of hunger. During the Great Patriotic War, we lived under much worse conditions, but the country survived.

"Many of the arguments that we have taken from the 1980s and the 1990s to use them today are fake arguments. It was not the arms race that weakened the Soviet Union. The present-day arms race is different as we have a much more modest objective. Russia is not looking up to global domination and supremacy. For Russia, it is vitally important to ensure a possibility of a retaliation strike. This is not the concept that the USSR used to have.

"To crown it all, the arms race phenomenon will not outlive itself ever. There will not be the time in the history of mankind, when we have no arms race going on. In general, the whole history of mankind is more or less one endless arms race. People will always be inventing new weapons. Life without defense spending is utopia."