The world's attention moved from Ebola Virus Disease to Zika Virus, even before the EVD outbreak in West Africa had been declared over. Now with the upcoming Olympic Games, attention torks to the mosquito, the vector for Zika. But what about those two deadly viruses, Avian Flu and MERS-CoV? 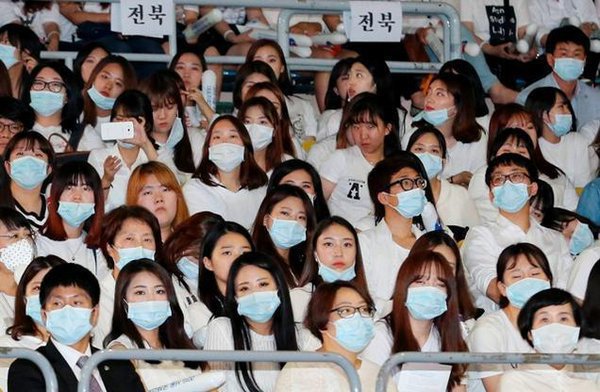 Influenza A H5N1, also known as Avian Flu or Bird Flu, a highly pathogenic strain of the influenza virus, spread last year to five countries in the African region, threatening to wipe out the poultry industry and put further strain on the population.

Another group of countries in the same region, namely Sierra Leone, Liberia and the Republic of Guinea have been struggling to control a deadly outbreak of Ebola Virus Disease since March 2014. The  disease  has caused, to date, 11,310 deaths among 28,616 cases and has this month been declared over in Liberia and Republic of Guinea (July 2016).

Outbreaks of A H5N1, which affects mainly  chickens, ducks, geese, swans and turkeys, were reported in Nigeria, Burkina Faso, Niger, Cote d'Ívoire and Ghana. The A H5N1 is a highly virulent strain of Influenza.

Influenza A H5N1 is one of the family of Orthomyxoviruses, which causes respiratory infection in the host. The characteristics of the H glycoprotein (Hemagglutinin, which is spike-shaped, poking out from the surface of the virus) and the N enzyme (Neuraminidase, allowing the glycoproteins to exit the host cell and spread) in the H5 subtype makes this type of virus more prone to attaching and interacting with Avian cells, as there are no swine or human components to this genome.

Yet that does not mean that humans cannot catch it. From 2003 to 2013 there were over 600 human infections registered with a mortality rate of over 60 per cent and the H5 family does have the capacity for human-to-human transmission chains because it has happened.

While the WHO has stated that this virus is "unlikely to spread among humans", the WHO expert from the Global Influenza Program Elizabeth Mumford stated in Geneva in December 2014 at a Press Conference that "if it is circulating widely, there is no reason why we shouldn't see human cases".

Today, the World Health Organization is warning about another strain of Avian Flu, Influenza A (H7N9) which this June saw five laboratory-confiormed cases of A (H7N9), including one death. The onset dates were 7 to 22 May for these cases and were reported in 4 Chinese provinces: Jiangsu (2), Beijing (1), Hebei (1) and Jiangxi (1). Human-to-human transmission has occurred in the past with this virus, which until 2013 was unknown in both animals and humans. The current virus, A (H7N9) appeared in the PR China in 2013 and the outbreak swept across that country, Japan and Republic of Korea earlier in 2014 causing millions of birds to be destroyed.

MERS-CoV, Middle East Respiratory Syndrome - Coronavirus has broken out of its Middle Eastern confines where it first appeared in Saudi Arabia in September 2012, has caused 1,769 cases in 27 countries and has now spread to the Far East. 630 people have died from this respiratory disease.

The World Health Organization admits that there are proven human-to-human chains of transmission, admits that "the risk of individual travelers becoming infected and bringing the coronavirus back to their country could not be avoided", yet with this highly pathogenic illness (with its 36 per cent mortality rate), the WHO does not recommend any travel restrictions. Does this make sense?

All we have to do is to go back to Influenza A-H1N1, formerly called Swine Flu, and look at the World Health Organization's action in 2009/2010, or lack of it. And what did the WHO do to protect us? It did not impose any form of quarantine, it did not impose any travel restrictions and simply stood back observing and informing us as the outbreak reached Phase 6 (the highest) and became a global pandemic.

As it happened, the mortality rate from Influenza A H1N1 was the high range of normal for flu viruses. But MERS-CoV is something else. If it becomes a global pandemic, which it is threatening to do, it will kill over one third of its victims, becoming the twenty-first century's Black Death.

But here again we see the WHO standing back, stating that the spread of MERS-CoV to the Far East does not constitute a "public health emergency of international concern". We saw the same lackdaisical, voyeuristic approach with Ebola Virus Disease in West Africa. Could we go further, and ask whether the WHO has what it takes when the going gets tough and question whether the WHO knows what it is doing when playing around with serious issues?

If MERS-CoV was identified in Saudi Arabia in September 2012 and has a mortality rate of 36 per cent, then why has it since reached 27 countries, and why was the entire area not quarantined? 166 cases and 24 deaths in Korea point towards something far more sinister than a patient falling ill after drinking camel's urine, something the WHO suggested people do not do to avoid infection.

So, don't drink camel urine and all will be well, is that it? Apart from "raising awareness about MERS and its symptoms" (fever, a cough, shortness of breath, headache, pneumonia in some cases, diarrhea in others) as being "good public health practice" what does the World Health Organization recommend? Let me guess before reading the rules, something along the lines of not recommending any travel or trade restrictions or screening but to remain vigilant and report cases as they spread?

Here is the update: "Given the lack of evidence of sustained human-to-human transmission in the community, WHO does not recommend travel or trade restrictions with regard to this event. Raising awareness about MERS-CoV among travellers to and from affected countries is good public health practice."

After covering pandemics for decades and after studying the World Health Organization's modus operandi, having predicted what its policies will be, I will now predict what happens next.

MERS-CoV will wait until it decides to travel East-West perhaps this Autumn, maybe next, having become more infectious in the meantime, to then become another Spanish Flu-type scourge, only many times worse. The WHO will sit back and inform us as the virus goes through the six levels until it becomes a pandemic by which time some multinational pharmaceutical company with links to the Government in Washington will come up with a vaccine.

Meanwhile, millions of people will be dead.