Dedramatizing the drama of abortion

25 per cent of all pregnancies...A "dirty secret" hidden in the closet causing anguish for decades to come after a two-minute moment of misjudgment thirty years before fueled by a glass too many and a smooth-talking something tall, dark and handsome who promised to be a Prince, a Knight, a Mister Right... and a Gentleman. Then what happens? Three guesses. But does abortion need to be so dramatic? 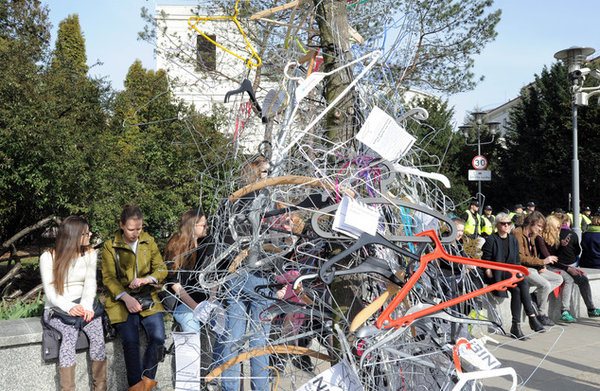 "That's your problem". "It takes two to tango, you made it now get on with it". "You did WHAT? You bring dishonor to this household, behaving like a slut. There's the door, use it! And don't bring your tail back in here, ever!" "Ah well I never thought I'd see the day when my daughter started behaving like a whore" "Do you want to have it? I don't" "Look, just get rid of it, I'll pay, if it's cheap!"...

Added to the confusion on receiving the result of the pregnancy test, a confusion which strikes to the core of the being for any girl or woman, comes this sort of callous disrespect for the person and the circumstances which have suddenly entered her life. It is precisely this attitude which forces so many girls and women underground when they discover that they are pregnant, only to become victims of charlatans who carry out life-threatening methods of abortion.

The World Health Organization and the Guttmacher Institute have published a research work in The Lancet on the increasing number of abortions worldwide, raising public awareness about this phenomenon, which affects tens of millions of women and girls each and every year.

25 per cent of pregnancies end in abortion

The statistics merit our attention. Every year, around 56 million women and girls have abortions, worldwide (2010-1014), this being translated into 35 abortions per thousand women and girls aged 15-44 and incredibly, 25 per cent of all pregnancies end in an induced abortion.

The World Health Organization concludes that practically all cases of abortion death and disability could be prevented, through education programs, through contraception, through provision of safe abortion facilities, through timely healthcare facilities.

The proper skills and standards of hygiene are required for both medical abortion (with drugs) and surgical abortion (with an aspirator). But these two methods of abortion are not available for all for many reasons, these being the enemies of the women and girls who find themselves in this situation:

In some countries laws forbid or restrict abortion, stigmatizing those who wish to terminate a pregnancy (for example forcing them to state that they are mentally ill), sometimes the clinics are not available or are very expensive, information is misleading, or else there are mandatory counseling or waiting periods which push the pregnancy over the time limit for termination.

Broken glass inserted into the anus

Unsafe abortions lead to 47,000 deaths a year and over five million complications - hemorrhage, infection, perforation of the uterus, genital tract or other internal organs through insertion of objects such as broken glass, twigs or needles into the vagina or anus. This affects 30 women (deaths) per 100,000 unsafe abortions in developed countries, the figure rising to 220 deaths in all developing regions, 520 deaths in Sub-Saharan Africa.

That something needs to be done, is crystal clear. Raising public awareness is a start, and a reaction of understanding and a policy of finding a solution are more positive than histrionics and insults. As for education, how far does this reach? After millions were spent on sexual education to avoid AIDS, there were still people raping babies to give them protection and senior officials of countries denying that the virus exists.

The bottom line is that health authorities should cater for the availability of accessible abortion facilities as part of their basic healthcare structure. No, this does not mean that women and girls will adopt a blasé attitude towards sexual conduct, for no woman or girl would volunteer to become pregnant and then terminate as a matter of choice. It is perhaps the worst thing that can happen, and certainly the most challenging for the female psyche.