MERS-CoV, Middle East Respiratory Syndrome - Coronavirus has broken out of its Middle Eastern confines where it first appeared in Saudi Arabia in September 2012, has caused 1,333 cases in 26 countries and has now spread to the Far East, where it has been responsible for 24 deaths in 166 cases in the Republic of Korea, one case in the PR China and now, a case in Thailand. 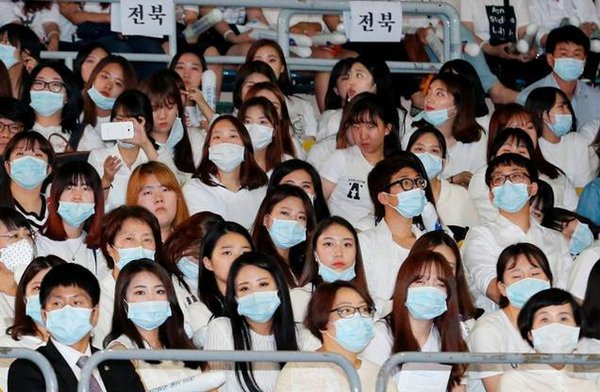 The World Health Organization admits that there are proven human-to-human chains of transmission, admits that "the risk of individual travelers becoming infected and bringing the coronavirus back to their country could not be avoided", yet with this highly pathogenic illness (with its 36 per cent mortality rate), the WHO does not recommend any travel restrictions. Does this make sense?

All we have to do is to go back to Influenza A-H1N1, formerly called Swine Flu, and look at the World Health Organization's action in 2009/2010, or lack of it. And what did the WHO do to protect us? It did not impose any form of quarantine, it did not impose any travel restrictions and simply stood back observing and informing us as the outbreak reached Phase 6 (the highest) and became a global pandemic.

As it happened, the mortality rate from Influenza A H1N1 was the high range of normal for flu viruses. But MERS-CoV is something else. If it becomes a global pandemic, which it is threatening to do, it will kill over one third of its victims, becoming the twenty-first century's Black Death.

But here again we see the WHO standing back, stating that the spread of MERS-CoV to the Far East does not constitute a "public health emergency of international concern". I am sorry, but who is penning these statements, and after the Ebola Virus Disease spread so far and so wide in such a short space of time, and given that Ebola Virus Disease is by no means beaten yet (it is coming back in areas where the virus had not been registered before), how competent is the World Health Organization in handling such outbreaks? Could we go further, and ask whether the WHO has what it takes when the going gets tough and question whether the WHO knows what it is doing when playing around with serious issues?

If MERS-CoV was identified in Saudi Arabia in September 2012 and has a mortality rate of 36 per cent, then why has it since reached 26 countries, and why was the entire area not quarantined? 166 cases and 24 deaths in Korea point towards something far more sinister than a patient falling ill after drinking camel's urine, something the WHO suggested people do not do to avoid infection.

So, don't drink camel urine and all will be well, is that it? Apart from "raising awareness about MERS and its symptoms" (fever, a cough, shortness of breath, headache, pneumonia in some cases, diarrhea in others) as being "good public health practice" what does the World Health Organization recommend? Let me guess before reading the rules, something along the lines of not recommending any travel or trade restrictions or screening but to remain vigilant and report cases as they spread?

On now to what the WHO has actually said in the last few days...here it is...Unfortunately I was spot on... "The Emergency Committee...recommended against the application of any travel or trade restrictions and considers screening at points of entry to be unnecessary at this time".

After covering pandemics for decades and after studying the World Health Organization's modus operandi, having predicted what its policies will be, I will now predict what happens next.

MERS-CoV will wait until the Autumn before it uses the usual surge in East-West travelling viruses, having become more infectious in the meantime, to then become another Spanish Flu-type scourge, only many times worse. The WHO will sit back and inform us as the virus goes through the six levels until it becomes a pandemic by which time some multinational pharmaceutical company with links to the Government in Washington will come up with a vaccine.

Meanwhile, millions of people will be dead.

I sincerely hope the coming twelve months prove me totally wrong but unfortunately I base my predictions not on fantasy.