MERS-CoV: What is going on?

The Middle East Respiratory Syndrome has broken into Abu Dhabi, United Arab Emirates, creating seven new cases in recent days, between 4 and 45 years of age. This disease first emerged in the Middle East in June 2012, since when there have been 261 laboratory-confirmed cases, with 93 deaths. The mortality rate is 36%. 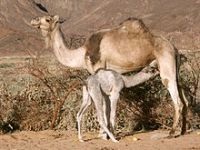 The first case appeared in Riyadh, Saudi Arabia, in June 2012, in a 60-year-old male patient who suffered from flu-like symptoms, then developed pneumonia and acute renal failure and passed away. Since then the WHO has confirmed 261 cases and 93 deaths but other sources, for instance the Saudi Arabian Health Ministry, quote 339 cases and 102 deaths. Just in Saudi Arabia. How many cases are there?

Since 2012 the virus, which is from the coronavirus family which causes the common cold, has spread to Qatar, United Arab Emirates, Philippines, Tunisia, and Europe (France, Germany, Italy and the UK). What happened to previously reported cases, such as in Denmark, which seem to have been zapped from the Net?

The symptoms are fever, a cough, difficulty in breathing and in severe cases, pneumonia and kidney failure. Other cases have been mild and have produced tome unusual symptoms. While the WHO admits that there is some human-to-human transmission, it is not yet known whether the virus comes from an animal reservoir such as bats or dromedary camels, in which case there are many similarities between the behaviour of camel CoV and human CoV.

From May 2013, the World Health Organization has warned that Middle East Respiratory Syndrome-Corona Virus is a "threat to the entire world" and scientists entertain the possibility that the virus could evolve into an easily-transmitted deadly disease like the common cold, which would kill a third or more of its victims.

Despite this scenario, the WHO recommend that people do not visit farms or barns where the virus is thought to exist, to wash their hands regularly, and to practise food hygiene. Yet "WHO does not advise special screening at points of entry with regard to this event nor does it currently recommend the application of any travel or trade restrictions".

This, despite the fact that there is no vaccine, no treatment, and we do not even know how this deadly disease is transmitted. As I have been reporting for over a year, human-to-human transmission is a constant factor in many of the reports, including the latest cases. The WHO, in stating "Health care facilities that provide care for patients suspected or confirmed with MERS-CoV infection should take appropriate measures to decrease the risk of transmission of the virus to other patients, health care workers and visitors" is admitting that human to human transmission exists.

Yet the Hajj operation goes ahead. Yet no travel restrictions are in place.

Is the great idea to sit back and watch, as was the case with Swine Flu (A H1N1), and inform us obediently as the virus becomes a pandemic? Did humankind learn nothing with the Black Death or other outbreaks such as Avian Flu (1918-1919)? And let us pose the question: is the World Health Organization working in tandem with the pharmaceutical lobby? After the A H1N1 incident, I have my suspicions.