To Brexit or To Bremain? What is the question?

Before anyone gets too worried about it, let me stick my neck out by making a forecast a day before the British decide whether they remain in or outside the European Union: On the day they will vote by some 57 per cent to remain in, not because of any enthusiasm for the project but because at decision time people do not like to leap into the dark. 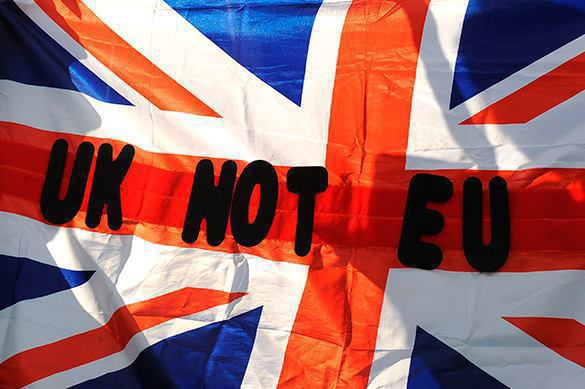 That said, the fact that the vote has been so divided (and my prognosis of 57 per cent is only that, time may prove me wrong), is also proof of an underlying democratic deficit, a malaise within the European Union, namely that at best half the population wants it, not because they like it, but rather because they are afraid of the consequences of going back to a time which no longer exists and the other half openly dislike being told what to do by Brussels.

Not against Europe, against Brussels

They dislike Brussels establishing quotas on production, output, fishing which have direct impacts on the lives of people, they dislike Excel sheet management by Eurocrats, faceless unelected beings who take virtual decisions on e-spreadsheets but with tangible implications for real families in the real world, they dislike the fact that their frontiers remain open for all and sundry to saunter in at will, claiming social security benefit in the richer countries, free to enter at will and perpetrate the crimes they were prosecuted for in their countries of origin.

And here lies the crux of the matter for the UK. It is not the actual numbers of immigrants or the way the average immigrant behaves. In fact, levels of immigration have been high since before the European Union was formed, and anyway what controls the flow is the Schengen space, and other treaties, not only the EU, and the majority of immigrants go to the UK to work and to integrate as law-abiding citizens. What has happened is that high visibility of immigration, plus the high visibility of a few cases of system abusers from overseas, not only from the EU, and at the same time the scenes of mass waves of migrants from Somalia, Syria and Afghanistan on the TV, all this together has created a fear of "swamping", something that the UK has feared for decades.

Coupled with this is the issue of the economic uncertainty involved in leaving, a jump into the unknown. Obviously a lot of nonsense has been said and sold from both the "remain" and the "leave" camps. On one hand, of course the UK would not suddenly cease trading if the people voted to believe - other countries such as Norway and Switzerland are outside the EU but have privileged trading agreements - but on the other hand, a vote to leave could see the rest of Europe turn its back on Britain and British goods as a matter of course, a gut reaction from a Continent which has always considered the UK as an eccentric partner who was never fully "in", always had one foot "out" and which has always lumped everyone together, from Belgians to Bulgarians, from Portuguese to Polish, and labelled them all as "Continentals", eh whatty what?

Locking the door and throwing away the key

But a move away is a move not only to close the door, but to lock it and throw away the key and however unpopular the European Union's neo-liberal project may be, and that is precisely what it is, the way to reform it is from within, with the grass roots taking the political fight to the ballot box or to the decision-making process when representatives of the people are elected. There is nothing stopping the national Parliaments from passing a law which would mean that all EU directives have necessarily to be voted for at the national parliamentary level before implementation, and here is the key to seasoning the Eurosalad.

With this measure, comes the end of Brussels' diktat. But those fighting against the Eurocrats are stronger with Britain fighting alongside them, and the British are stronger as part of Europe than as an oddity standing outside the door watching the party in the rain.