An American political scientist and Professor at the Princeton and NY Universities Stephen Cohen reproached the US media with biased reporting on Trump's statements and with absence of democratic debates. During an interview with the CNN. The scholar believes that Trump leads Washington to cooperation with Russia and cease of new cold war, while the US media present him as Putin's agent. 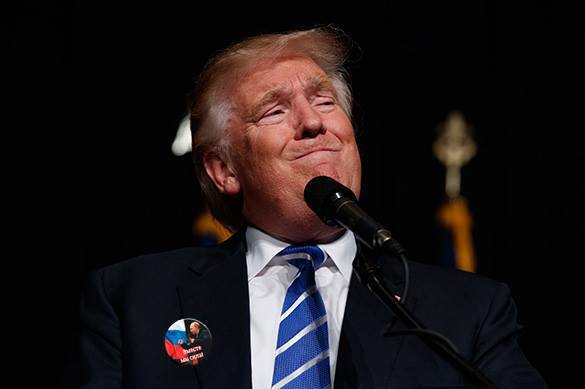 'Vladimir Putin wants to end the new cold war, and so do I. Let me say, I have no tie to the Trump campaign or the Clinton campaign. We are in a new and more dangerous cold war with Russia, we are approaching a Cuban missile crisis, nuclear confrontation with Russia along Russian borders and possibly over Syria. There is absolutely no discussion about it in the US,' Cohen claimed.

He also added that 'then along comes unexpectedly Donald Trump, who says something that suggests he wants to end the new cold war, cooperate with Russia in various places. And now the media is full of what only could be called neo-McCarthyite charges that he is a Russian agent, Manchurian candidate, that he's Putin's client. So, the real danger is what is going on with our own political process.'

'This is a moment when there should be, in a presidential year, a debate. Because Mrs. Clinton's position on Russia seems to be very different, has been a long time. Trump speaks eliptically. You've got to piece together what he says. But he seems to want a new American policy toward Russia. And considering the danger, I think we as American citizens, deserve that debate, and not what we are given in the media today, including on the front page of the "New York Times." I end by saying, that this reckless branding of Trump as a Russian agent, most of it is coming from the Clinton campaign and they really need to stop,' the political scientist highlighted.