With Trump, Russia will have the same scenario, like with everyone else

US President-elect Donald Trump said he would like to get along with Russian President Vladimir Putin, but added that he did not support the idea of ​​a "reset" of relations between the two countries, The New York Times wrote. 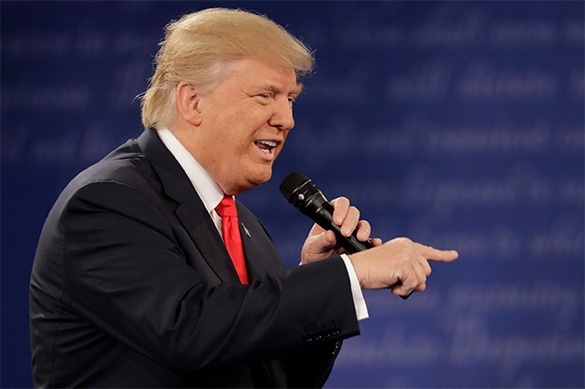 During the meeting with reporters, Trump said that he had had a phone conversation with Putin, although he did not disclose any details of the conversation. Donald Trump only said that it would be just great if he and Putin could get along with each other. However, he flatly refused to use the term "reset of relations" with Russia.

"I wouldn't use that term [reset] after what happened," Trump told The New York Times.

Speaking about issues of foreign policy, Trump only said that one needs to stop the madness that is currently happening in Syria.

During the telephone conversation between Russian President Putin and US President-elect Donald Trump, the politicians agreed that the current level of US-Russian relations was unsatisfactory and spoke for their normalization.

"I think that during Trump's presidency we will go through the same way of development, like with  any other US president. We will play the reset game for the first two years, then we will start speaking about brewing contradictions during the next year before we finally say that this is the worst that we have seen with this president. Russia has had this scenario with everyone, because the system doesn't change. Russia is about nuclear deterrence, military confrontation and the minimum of economic ties. This policy takes us where we are," Associate Professor of the Faculty of World Politics at the Moscow State University Alexei Fenenko told Pravda.Ru.