Russia will respond to new sanctions and that will hurt 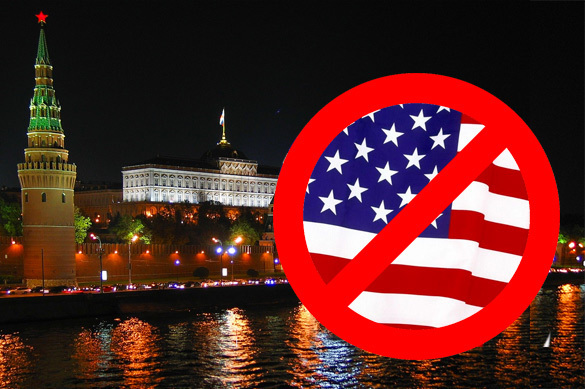 "If the United States, contrary to common sense and painful to itself experience, still takes the path of further expansion of sanctions, I assure you, there are moves in our arsenal that will be quite painful. First of all, it relates to the US position in the world and US policy for Russia and the European sector on the whole," Ryabkov said at the State Duma when discussing the decision to suspend the agreement with the United States about the disposition of plutonium.

The decree signed by Russian President Vladimir Putin on October 3, has suspended the agreement with the US on plutonium management and disposition due to Washington's hostile actions.

"We consistently adhere to the line that the sanctions policy of the USA receives a response not only in the form of tit-for-tat measures. We have heard many of such quasi-critics both inside and outside Russia recently who said that taking such restrictive measures against Western countries would be useless because they do not have accounts or property here in Russia. This is not true - there are both accounts and property. Appropriate measures can be very, very painful, even if they are measures in response," added Ryabkov.

"What damage can the West cause to Russia's aviation and military sectors? Will Europe support these sanctions?"

"I would not want to give direct or indirect recommendations to our ill-wishers as they could hold these recommendations against us. However, we do have many opportunities to respond. Germany, for example, still depends a lot on many of our joint projects, even if it goes about fuel supplies. Russia's counter-sanctions do not have to strike the same fields that our Western partners want to target. For example, there is such a thing as flights above Russia. A great deal of airlines fly above the Russian territory to save a lot of money. It goes about the transportation of hundreds of thousands of passengers, including those from Western Europe to South-East Asia.

"If Russia proceeds in this direction, it will give huge profits to companies from such countries as the Emirates, but will cause serious financial damage to German, French and other air carriers. This is more than just obvious, and I do not think that they should try to play this game again.

"Let me remind you, just in case, that Boeing - about 40 percent - depends on supplies of Russian components associated with titanium, etc.

"I do not know what Merkel has on her mind, but I do know that the head of European diplomacy Mogherini was trying to calm all of Western Europe down saying that there were no new sanctions pending against Russia. This is official information. Your questions are based on rumors that appear in the German press. Officially, Ms. Mogherini, who is responsible for foreign policy of the European Union, has said that the EU was not planning any new sanctions against Russia."

Americans never hide their plans to strike Russia in finance

"According to Russian Foreign Ministry spokeswoman Maria Zakharova, US representatives at the IMF and the World Bank were instructed to block the funding of the programs related to Russia. How can Russia respond to this?"

"I'm not sure whether such instructions have been officially given, but as long as Zakharova mentioned that, then it means that there is adequate information on the subject. Originally, the Americans did not hide their intention to attack Russia in the financial sector, and this is what they have been doing lately. The US authorities have ordered not only US banks, but also all banks of the world that work with the USA - this is a huge number of organizations - to curtail their work with Russia.

The outgoing administration of Mr. Obama wants to harm Russia as much as possible. At the same time, it would be absurd to respond to all these actions that the Americans are taking to the detriment of our relations with the EU, Japan, Korea, or some other states.

"It is undeniable that the Americans play the first fiddle in the financial field - the USA is the strongest player, so symmetrical responses to the USA would be completely counterproductive. It appears to me that as soon as the agony of the Obama administration ends, all of the current US agreements with European partners will sink into oblivion. What the White House is trying to do against Russia today is beyond common sense, and even the "Cold War" had not seen anything like this."