On October 3, Russian President Vladimir Putin signed a decree to suspend the agreement with the United States about the disposal of weapons-grade plutonium because  of Washington's unfriendly actions. 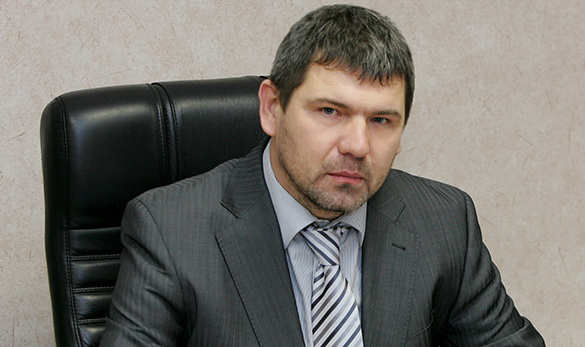 The document published on the official portal of legal information says that the agreement will be resumed if Washington overturns the Magnitsky Act, lifts all sanctions against Russia and compensates Russia for the losses that the restrictions have caused, including the losses from the introduction of counter sanctions against the USA. Moscow will also resume the agreement, if the United States reduces the military infrastructure and the number of troops on the territory of NATO countries that joined the alliance after 2000.

Pravda.Ru Chairman of Board of Directors Vadim Gorshenin pointed out three important aspects that deserve paying attention to in this regard.

"Firstly, the preparation of such decisions on the departmental level could not be conducted without assessments and suggestions from Sergei Kiriyenko, who, as many Russian liberal publications say, may take the post of first deputy head of the Kremlin administration soon.

"Secondly,  it is obvious that Russia is finally ready to revise previous agreements with the United States. It is important to note here that an official document was used for the first time to respond to the selectivity of American sanctions against Russia. It is also very important that Russia has delivered conditions for the resumption of the agreement.

"Russia can do a lot indeed in terms of revision of its previous agreements with the USA. For example, an analysis of the USA's actions within the scope of the implementation of the START-2 Treaty would be most painful for Obama's ambition. Russian military experts say that the USA has violated the treaty on numerous occasions.

One could also analyze and agreement for the avoidance of double taxation. This agreement is of high priority for the USA. It was adopted in June 1992. In fact, this is a colonial treaty, and one does not have to wonder who profits from the agreement most.

Thirdly, Russia has realised that it is capable of developing further with the help of its own resources. Today, Russia does not have to ask Washington for food, as we did to our own humiliation during the 1990s. Today, Russia can do very well without the food from the European Union, thus causing considerable damage to the EU.

All this time, after the announcement of sanctions, attacks at the PACE and other international organizations, Russia has been testing its own strength. Now we now that we can do it. It seems that the unipolar world is coming to an end. Syria has become the first wake up call to the West. Now this.

The final conclusion that one can make from the most recent decision from the Kremlin is that Russia will not give Aleppo to the US-led international coalition. Russia has turned a new page in history, whether the USA likes it or not.

Chairman of Board of Directors