The 20th St. Petersburg International Economic Forum (SPIEF) started working in Russia on June 16. The forum will last for three days and will be held under the motto "On the verge of new economic reality." Business people, analysts and politicians from more than thirty countries of the world will attend over 100 events within the scope of the forum. 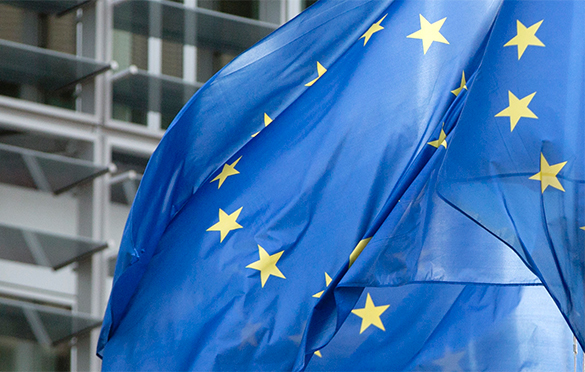 Russian President Vladimir Putin said in his welcoming message to the participants of the forum that the SPIEF becomes more authoritative and influential every year and serves as a platform, where Russian and foreign politicians, representatives of business circles and public organizations share their experience, offer breakthrough solutions in various fields of economy, finance, trade and investment.

According to Putin, one needs to work together to find additional incentives for development to fully realize the industrial, scientific and technical, innovative potential of countries and show adequate response to changing market conditions.

President Putin assured that the participants and guests of the forum will have an opportunity to take part in a variety of events, including meetings of business associations of the Group of Twenty, the BRICS and the SCO, Russia and Kazakhstan, etc. A special session of the Valdai Discussion Club and the meeting of the Russian Forum of Small and Medium Entrepreneurship will also take place. A conference dedicated to the development of Arctic territories will take place as part of the SPIEF as well.

According to Bloomberg, Putin is not going to make any concessions to the West to give another go to the stalled peace process in Ukraine. Instead, the Russian president will pay first priority attention to opportunities that investors can find in Russia.

Putin's official spokesman Dmitry Peskov said that the Russian president constantly reminds the USA and its allies of Russia's willingness to normalize bilateral relations, but it appears that Western leaders do not hear what Putin is telling them.

Putin will open the official part of the work on the SPIEF on Thursday. The Russian president will hold a number of meetings with foreign leaders and heads of international organizations, as well representatives of largest foreign companies and heads of foreign news agencies, Interfax reports. Prior to the forum, Putin had an informal dinner with former president of France, Nicolas Sarkozy, who is also invited to the SPIEF.

Jean-Claude Juncker, the head of the European Commission, said at the opening of the SPIEF that he would like to discuss the issue of sanctions at a meeting with President Vladimir Putin. Juncker also intends to speak to Putin about cooperation between the EAEC and the EU, relations between Moscow and Brussels and discuss other matters of foreign policy.

Earlier, presidential aide Yuri Ushakov said Russia did not intend to raise the issue of sanctions during the SPIEF, because it was not Russia that introduced them first. If Europe wants to make a step forward, Russia will show a friendly reaction to it, he added.

Meanwhile,  the head of the Ministry for Economic Development of the Russian Federation, Alexei Ulyukayev, told reporters that Russia would not be the first to lift counter-sanctions. "The initiative to resort to sanctions came from our partners, and therefore the initiative to lift them should come from them as well," the official said.

The statement became the minister's response to the appeal from former President of France Nicolas Sarkozy, who suggested Russia should be the first to lift its sanctions from Europe.

The EU imposed sanctions against the Russian Federation in 2014 in connection with the crisis in Ukraine. In the spring of 2016, it was said that the sanctions against Russia would not be extended automatically. EU leaders will discuss the issue before they can approve the strategy of behavior in relation to the Russian Federation for the near future.

Russia introduced the food embargo in August 2014 against food products from the US, EU, Australia, Norway and Canada. In 2015, the food embargo was extended till August 5, 2016. On August 13, 2015, Russia's list was extended with other countries that had also joined EU's sanctions against Russia: Albania, Montenegro, Iceland, Liechtenstein and Ukraine.

According to experts' estimates, Russia's counter-sanctions cause billions of euros of losses to Western countries.