Russia not to liberate Europeans any more

The geopolitical state of affairs and military strategic balance of forces in the world have been raising concerns for the recent years. Comparison with the situation in 1939 can be heard more often. A scent of great war is in the air. 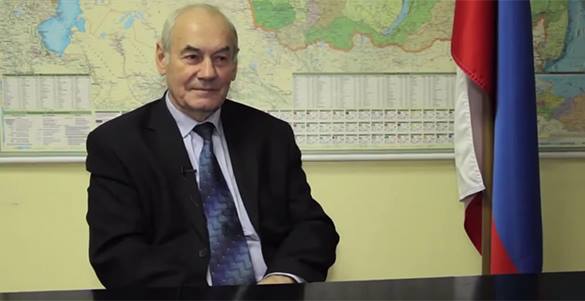 In the 90s many representatives of the Russian influential circles believed that confrantation with the West has come to an end at last. There were talks of Russia's joining the NATO, 'end of story', and so on. However, it was till the oversea state elites believed that destructive process generated by collapse of the USSR would be irreversible for Russia. It should also be kept in mind that policy of Russia's destruction was still continued, but was veiled with honey words of friendship and cooperation. Vladimir Putin's speech in Munich in 2007 was a first signal for the West, which unveiled illusions on weak Russia. The conflict in Ossetia a year later was a real shock, after which the Western states got to 'serious' military opposition.

Today we can evidence that power parity in Europe is being violated given the air defence systems deployment in Romania and Poland. In some years, Russia will not be able to respond with a nuclear strike. So, which should be an asymmetrical response of Russia to new threats and challenges of the modern world?

Colonel General Leonid Ivashov, President of the International Centre of Geopolitical Analysis, answered the question in an interview with Pravda.Ru.

'One should realize that today Europe is colonized by the Americans from the military point of view. The US advanced pro-American regimes in the Western European countries and totally subjected the Eastern Europe. And now Germany, France, a little bit less Britain are being pressurized from the bridgehead of the Eastern Europe.

On the other hand, the Turks are working against Europe from a flank. They have launched this process with migrants of the Muslim origin being in alliance with the Americans. Thus, today Europe is a victim of the US policy of transnational corporations, the Rothschilds, and the Rockefellers.

That is what is happening today in Europe. Europe needs a scarecrow threat. And they have made it out of Russia. Besides, they are lying so shamelessly, and pay no attention to the balance of power.

How can a country, which has some times less military potential, threaten this NATO block? Especially in the Western strategic direction. We have some times less quantity of the armed forces, as well as military equipment. Thus, we can only defend ourselves somehow, but we don't have almost any of the offensive groups. And the rest is just information lies and propaganda.

Our attempts to create something alike to the Warsaw Pact have no grounds. We don't have such countries in the Eastern Europe which would be ready to go the length of a military technical cooperation. The Americans have everyone by the short hairs. But we just don't need such allies as Poland, the Baltic States, and Romania. Let them better be our adversaries.

What shall we do in this direction? The first is to reinforce our military power, it should be brought up to the necessary level of defence.

The second is to have more tight friendship with Belarus and of course create a single defencive zone with the Belarusians. Beside that, there should be a political diplomatic work. The Europeans should be said what awaits them. We won't be liberating them from any occupation any more, they will see no military support from the migrants, the US, or the Turks. And of course we should actively work with the Serbs, keep working with the Bulgarians, not everything is unambiguous there. We should actively work with political diplomatic and economic means throughout the whole of the Balkan peninsula.

The third one, we should realize that these are the Americans who stand behind this process, anti-Russian hysteria and the NATO's military build-up. Thus, we should create a military group, which would be able to work in the territory of the US. The US is actively developing its air defence system in order to neutralize our intercontinental ballistic missiles. So, we should create a group of precision-guided means. Cruise missiles should be deployed within the striking distance for the US territory. The American air defence can be neutralized in such a way as well. There should be a real threat to the US, which is a mastermind of all of these processes. When the Americans feel a threat as it was in 1962, they will propose us to sit at the negotiation table by themselves".