US needs war: the more terrible, the better

Washington has to constantly create an enemy image given tight dependence of the economy on military industrial complex. 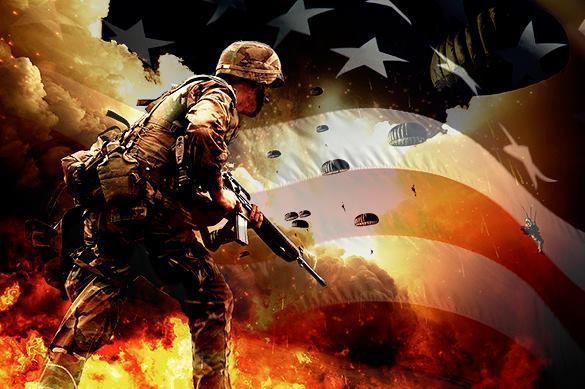 As Strategic Culture Foundation's author Finian Cunningham wrote, attempts to present Russia as a threat are absurd, but the US power elite should somehow justify 600bln dollars weapons expenditures each year.

The journalist noted in his article that the military industrial complex has really become a 'defining feature' of the American society and economy, as the president Dwight Eisenhower warned in 1961.

He stated that for the latest years, defence budget of the US made up about 600bln dollars a year, that is more than a half of all the discretionary spending of the government and over a third of world military spending.

Cunningham pointed out that the 'American free-market capitalism' has become an oxymoron taking into account that the country's economy is totally dependent on government-funded militarism.

According to him, 'if the US military budget were somehow drastically reduced in line with other nations, the all-powerful military-industrial complex and the American state as we know it would collapse'.

Thus the US officials escalate relations with Russia and deploy the air defence base in Romania to maintain high-level military spendings. The US missile allow to carry out the 'first strike' against Russia. 'The US protestations of innocent intentions towards Russia are a contemptible insult to common sense,' the journalist concluded. 'Washington is quadrupling its military spending in Europe, increasing its troops, tanks, fighter jets, warships and war exercises on Russia's borders on the explicit basis of 'deterring Russian aggression.'

In this context it's silly and naive to believe that the air defence is directed not against Moscow.

Thirteen people — seven children and six adults — were killed as a result of the mass shooting at School No. 88 in Izhevsk