The fate of all Europe lies in Turkey's hands

Presidents of Turkey and the European Commission, Recep Tayyip Erdogan and Jean-Claude Juncker exchanged harsh statements about the abolishment of the visa regime for Turkey. Juncker demanded Turkey should amend its anti-terrorism law, making Erdogan explode in response:  "Since when does the EU administer Turkey? We'll go our way, you'll go yours," he said. 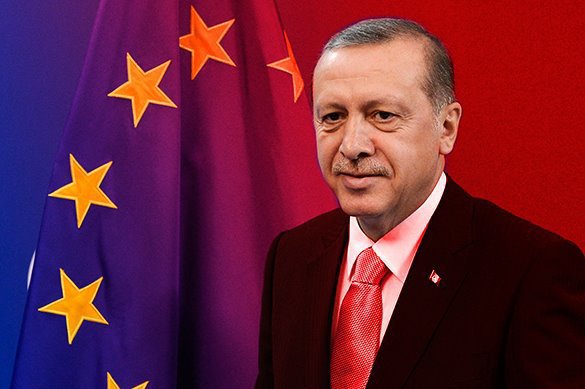 Pravda.Ru conducted an interview with Scientific Director of the German-Russian Forum, journalist Alexander Rahr, about the political bickering between Turkey and the European Union.

"What is it in the Turkish law on anti-terrorism that the EU is unhappy with?"

"There many things in the Turkish legislation that the Europeans do not like. Prior to the refugee crisis in Europe, the EU saw Turkey as an authoritarian country that could in no way become a member of the European Union because of its domestic laws. It goes about restrictions of freedom of expression and political action, persecution of journalists and opposition politicians. The EU had the same opinion about other countries as well, including Russia, during the time of the anti-terrorist operation in Chechnya. Now Turkey gets criticized for its anti-terrorist operations against the Kurds on the Turkish territory.

"Today, Germany demands other countries should conduct a very specific dialogue with Turkey about the visa-free regime with the EU and the establishment of close trade relations.

"In general, the EU turns a blind eye on many things, because Turkey is the only country that can save Mrs. Merkel and many Western politicians, if it keeps the border with the European Union locked. Turkey has closed borders with the Balkan countries. Refugees can no longer penetrate the EU as they could last year. The number of refugees has been decreasing steadily, and Angela Merkel and other European leaders can say it to their voters.

"Germany will hold federal elections next year, which is  very important for Mrs. Merkel. Politicians say that they keep the situation under control. They assure people that there will be no islamization of Europe.

Erdogan can make EU give up on liberal values

"Of course, Erdogan is well aware of all this, as he is an experienced and powerful politician. He will not do it for free or for some 3-6 billion. He wants the EU to fully recognize Turkey. He sues German journalists and satirists who dare to attack him; he explains that he will no longer be an object of EU's criticism.

"Now he will intervene directly in the affairs of the European Union. He will dictate his conditions to the Europeans. What we can see is a very tough conversation of the authoritarian politician with the EU. Erdogan clings to his ideology and values, and he is determined to defend them to the last. We will soon see whether the EU can make Erdogan accept European values. It is also possible, though, that Erdogan will convince the EU to accept Turkey as it is."

"The Turkish president has also delivered an ultimatum: either visas are abolished in October, or Turkey terminates the agreement on the readmission of refugees. Many EU member states are opposed to the agreement with Turkey. The Czech parliament announced hearings about the withdrawal from the EU in this connection. What is in store for this conflict?

"There will be a major clash of interests. Europe shares liberal values, and European countries want their partners to accept these values. If there is no such acceptance, there is no friendship, the EU says. Yet, the refugee crisis forces Europe to make concessions. There will be a moment, when the fate of the European Union is at stake. In the European Union, there are member states that already disagree with each other, and the crisis will aggravate. We can see dramatic events unfolding in the EU.

"The Austrian Chancellor has resigned after the Austrians started to vote for right-populist parties. Those parties have been on the rise in Germany and other EU states. European leaders have made their careers on liberal values. They keep preaching these values and do not know another way how to rule their countries. At the same time, there are other values coming to Europe from the Arab world. Some EU countries may close their borders and change governments to conduct their own policies against the islamization of Europe.

"Other countries will never do it. They will do their best to come to terms with Islam. The European Union needs to find a new stronghold for its identity. It will be a very, very complicated process with the participation of a multitude of non-governmental organizations, parties, cultural institutions, churches and other organizations. No one knows how to do it properly, though."

"Was it a correct decision to make, when they made Turkey responsible for the solution of the refugee crisis? Why couldn't they support the Syrian economy instead?"

"The economy and infrastructure in Syria has been destroyed completely. The country lives in a state of civil war. Terrorists, the Islamic State, control nearly a half of its territory. It is hard to imagine how it could be possible to support the Syrian economy under such conditions. We can see how many billions have been spent on attempts to recover Afghanistan and Libya, but it was absolutely pointless. Libya continues plunging into chaos.

"Turkey, after all, is still a very workable economy, and it is clear what it will use the money for: army and border strengthening. Turkey is not the only country that will be asking more from the EU. Greece is next. It will soon announce its decision not to follow instructions from the IMF. Look at what is happening between Austria and Italy. Austria closes Brenner - the main gateway to the north of Europe, and stations Austrian soldiers there to stop crowds of refugees.

"Liberal values dominate the EU and no European politician will ever fire a gun at refugees. They can not build fences and walls either, because that would mark the end of the liberal Europe. The only way out is to pay huge money for it. For today's EU, money is the best defense against refugees."