The US has deployed the first ground missile defense system in Europe: the  complex of antiaircraft defense was deployed on a military base in Deveselu, Romania. At the same time, the issue of the use of alternative methods of defense for the countries of the continent has been discussed actively during the recent years. 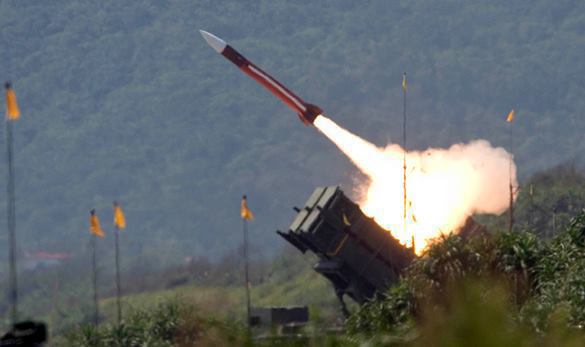 In 2008, the United States and Russia agreed to suspend the development of such a program. It was announced that Europe did not need a missile defense system. Later, however, the state of affairs took a U-turn.

Russian officials said that such actions of NATO violate "strategic stability" and may lead to even more serious challenges in the region. In connection with the deployment of the US missile defense system in Romania, the Russian Defense Ministry intends to increase spending on the development of next-generation technologies before 2020.

Traditionally, US State Department officials stated once again that Russia's concerns about the deployment of the US missile defense in Europe were groundless.

US Deputy Assistant Secretary of State for Defence Policy, Frank Rose, said that Russia believes that the systems of the US missile defense in Europe pose a threat  to Russia's strategic nuclear deterrent. "Russia has repeatedly raised concerns that U.S. and NATO missile defenses are directed against Russia and represent a threat to its strategic nuclear deterrent. Nothing could be further from the truth," he said.

The US message to Russia is as follows: the missile defense system in Europe will have a limited range and is deigned to protect US allies from "uncontrolled groups or states, such as Iran and North Korea" and is no threat to Russia.

Not so long ago, German publication Focus wrote that Russia's RS-24 missile called the concept of the American missile defense system in Europe into question, because the new missile, which is said to replace the obsolete "Topol" missiles, is capable to overcome US missile defenses.

Indeed, as soon as the Geneva agreements were signed, the Iranian threat disappeared. Yet, the US still wants to build missile defenses in Europe "just in case." What case can it be?

Official representative for the Russian Foreign Ministry Maria Zakharova announced that Moscow reserves the right for retaliatory measures after the US deployed the missile defense system in Romania.

Additionally,  chairman of the Committee for Defense and Security of the Federation Council, Viktor Ozerov, sad that Russia could withdraw from the START treaty in response to the deployment of new anti-missile systems in Eastern Europe, RIA Novosti reports.

"Given that this was and still is not our choice, we reserve the right for taking appropriate responsive military measures. We were ready for close cooperation, right to the creation of joint anti-missile architecture in Europe that would be built on the principle of sectors," RIA Novosti quoted  Maria Zakharova as saying.

The question of nuclear parity between Russia and the United States remains one of the most important issues in world politics. Russia's military doctrine is defensive, while the United States and NATO share an offensive military thinking. To crown it all, the activities of NATO forces near Russian borders speak for themselves.

"Now we have the treaty about the reduction of offensive weapons - START-3 or the Prague Treaty from 2010. The US and NATO may want to sing START-4, but one needs to coordinate military doctrines first, to bring them to a common denominator not to look at each other through gun sights. Today, we are not ideological allies, but let us be at least ideological non-opponents," military expert Vladimir Kozin said in an interview with Pravda.ru.