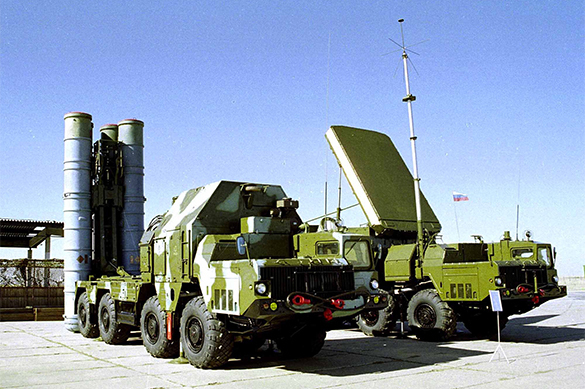 According to photos of the Digital Globe commercial satellite, preparatory work has been carried out in the region near the NATO borders, namely 80 km away from Latvia since 2014.

Western experts say that Belarus plans to deploy four divisions of S-300 missile complexes. And it is unknown whether the missiles are Russian or Belarusian ones.

It should be noted that the Belarusian information agency Belta reported on 9 February that three divisions of the S-300 missile complexes had arrived to Belarus from Russia, according to the statement of the Belarusian Air Force and Air Defence Commander Oleg Dvigalev.

As he stated, the fourth one is expected to be delivered from Norilsk in Mach.

NATO has already deployed six operative bases at the north-western borders of Russia. But while the Alliance obstinately advances to the Russian borders, a powerful system of defence has appeared in the Kaliningrad region, which is capable of setting a no-fly zone over considerable distance.

Pentagon has already grown hot over the fact that it deprives the West of a possible preventive strike against Russia ''for the sake of peace and democracy''.