Obama wakes up to see Russia as major military power 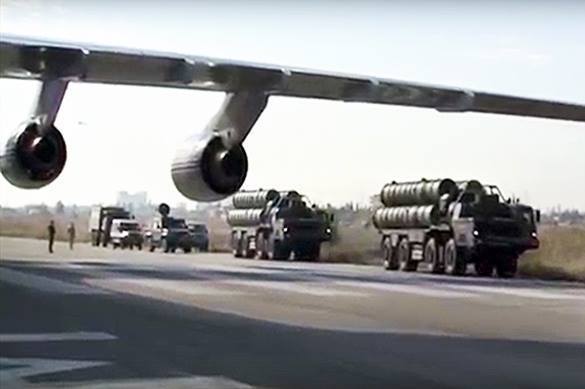 Barack Obama no longer considers Russia a weak country. The opinion expressed by the US president means that the US elite shares similar thoughts as well. Washington has failed to destroy Putin either on Ukrainian or Syrian fronts.

US President Barack Obama called the Russian army the world's second strongest army and noted that the Syrian opposition had no chances to defeat it.

"Russia is a major military. Obviously a bunch of rebels are not going to be able to compete with the hardware of the second-most powerful military in the world," Obama said in California at the Association of Southeast Asian Nations.

A year ago, Obama spoke of Russia as a "regional power," the economy of which was "in tatters." "Russia is a regional power that is threatening some of its immediate neighbors - not out of strength but out of weakness," Obama said.

Now he has a different opinion, because a weak country cannot have a "major military." This is an accomplishment of Russia's actions in Syria, the launch of Caliber missiles and also because of Russia's response to Turkey's provocation against Russia (Russia deployed S-400 systems in Syria after the shutdown of the Su-24 plane) that made the Turkish dream of no-fly zone over the Syrian-Turkish border fall apart like a house of cards.

Russia takes it all

According to Gen. Scales, Russia takes it all as a result of the year-long campaign in Syria. Assad is still in power, and Russia keeps its positions in the country.

Mr. Obama believes that Russia's successful actions on the Syrian front do not regulate the conflict in Syria. We wonder if Mr. Obama can boast of achieving a political regulation in any of the countries that he is bombing. Iraq, Libya, Afghanistan - no matter where US soldiers go, they create nothing but chaos and horror show.

That is why the United States gave up the position of the world's leading superpower during the presidency of Barack Obama. The US did not have a strategy for the destruction of the Islamic State. First, Obama wanted Congress to approve "restricted airstrikes", but then he became preoccupied with the idea to "weaken, liquidate and destroy ISIL militants. As a result of the criminal and messy struggle with the Islamic State, US citizens started suffering from nightmares about beheadings.

USA had no strategy to defeat ISIL

"If the West wants to get a long war, they can, of course, arrange ground operations and everything else, but no need to frighten anyone," Russian PM Dmitry Medvedev said in an interview with Euronews.

"Let me be clear: if something like this (the incident with the Russian su-24 aircraft shot down by Turkey) has occurred, for example, in Soviet times, most likely, would have started a serious conflict. If, God forbid, not a serious war, it just would have been a retaliatory strike and so on," Medvedev said in an interview with Time.

"The US has missed the revival of the Russian army that started with enforcing Georgia to peace in 2008," Alexander Bedritsky, Doctor of Political Sciences, told Pravda.Ru. "Secondly, no rebels or systemic or non-systemic Syrian opposition can ever resist to the well-trained and well-equipped military of another country," the expert added.

Obama's remarks come as a statement of Russia's military capabilities. "Naturally, the United States is convinced that the US is the sole power that is capable of solving issues of global importance. The Americans will do their best not to let Russia take their place. It is erroneous to say that a military operation cannot achieve political objectives. In fact, it can. The Americans have never had such an objective. Since the times of Hillary Clinton and Condoleezza Rice, they have sought to redraw the region, rather than stabilize it," said the expert.