Putin Is Winning the Final Chess Match With Obama 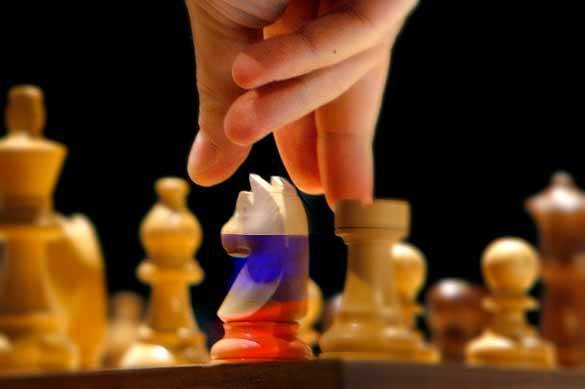 The world press is filled with violence and sexual attack horror stories about the Islamic refugees escaping from Syria and other war torn countries of the Middle East to Greece and consequently flooding into all areas of Europe. It is actually very easy to travel from Syria to Lebanon and then take the ferry to Turkey and from there to Greece and subsequently the mainland overland to Europe. This is now big business organized like a one-way tour package from the Middle East to Europe.

Although there obviously are some ISIS fighters and Islamic militants slipping into Europe under cover of the humanitarian crises most are simply Sunni Moslems escaping the poverty, death and destruction of foreign military intervention in the region. Yes the sex crimes are a real problem because the majority of those escaping the region are men looking for work coming from a conservative society to the open societies of Europe.

Most immigrants enter Europe through the economic basket case of Greece where the economy has already been destroyed by too much government debt, corruption and EU banking excesses so Greece can afford to do little to stem the Islamic refugee tide. While a case can be made that the location of Syria and Lebanon adjacent to Turkey and the ease of transportation to Greek islands just offshore is helping the flow to Europe. Still the organized nature of the operation makes me wonder if this is also an undercover operation designed to create a new mission for NATO at the same time weakening the economy of Europe to further Washington's economic interests today in the Obama Crash of 2016.

The world is now in recession at best and maybe flirting with a global depression. This means politicians will do what is best for their national political future and the consequences for the national economy, citizens or business future is of little consequence to them. This also suggests that global alliances will mean little when domestic national politicians are fighting for survival.

Here is how the chess matches have turned out so far in the Putin/Obama competition.

Chess Match 1 - Consider the pattern of Washington actions against Russia. First Washington supported the overthrow of the legitimate but pro Russian government of Ukraine. The goal was three fold, first to control and cut off Russian gas exports to Europe through Ukraine, second to force Russia to vacate their warm water naval base in Crimea or else act militarily against Ukraine and create the fear of a Russian threat against all of Europe. This would force Europe to depend more on NATO that is an extension of the American military power in Europe. Putin's response was checkmate, as he wisely didn't take the bait and this plan failed to create the desired Russian military threat to strengthen NATO and US leadership in Europe against Russia.

Chess Match 2 - The second attempt was to overthrow Assad allowing ISIS to do the dirty work thus opening up a Qatar gas pipeline to Europe again competing with and ending European dependence on Russian gas. This would have meant curtailing much of the Russian gas profits, taxes and government revenues. Again surprisingly Putin acted to defend Syria and Assad from ISIS and again Putin checkmated Washington.

Chess Match 3 - We are now in the middle of the third chess game between Putin & Obama. This game is the reason for Washington's destruction and desolation of much of the Middle East. Again remember Washington's foreign policy objectives are to control Middle East energy resources and force Russia to stand down against American global hegemony.

A strong and united NATO is necessary to put pressure on Russia and since the collapse of communism and the perceived Soviet threat to Europe, NATO has had little reason to exist. Well now I would suggest that part of the Islamic threat and massive movement of refugees to Europe is being manipulated and manufactured as a means to recreate a mission for NATO forces in Europe. A strong Washington led NATO will allow the United States to bring more pressure against Russia.

If I am right here, then what is the checkmate course of action for Russia in Syria and Lebanon? The ultimate solution is for Russia to stop the movement of refugees and Islamic radicals to Europe by forcing ISIS out of Syria and back into Iraq and effectively blocking off the escape routes to Turkey both overland and by ferry.

This would probably take more than just Syrian troops as it may mean Russian troops on the ground in both countries after military security requests from Syria and Lebanon to halt the exodus and end ISIS occupation of Syria. Security in Syria and Lebanon would help to halt the refugee flow to Europe and Putin and Russia would then get the credit they deserve for this action to protect Europe. This successful outcome would guarantee good relations between the people of Europe and Russia ultimately forcing more European politicians and governments to restore friendly and close relations with Putin's Russia.

This would be the final checkmate needed to force the Obama Administration to reevaluate Neocon policies in the Middle East. American military actions and occupation have already destroyed much of the prosperity of the region. When this is combined with our earlier attempt to weaken Russia and Iran with lower oil prices not taking into account the growing threat of global recession and depression the problem today only gets worse. Today the Middle East is looking at increased instability and a lower standard of living at a time when Europe is suffering economically and can not absorb the inflow of refugees.

Finally, take a look at a map of Europe and you will see the 28 members of the European Union and most are in NATO. Then look at the lone country not in the EU or NATO that can still control it's borders and policies and it is the neutral but still independent Switzerland. Neutral Switzerland can be a safe haven for your personal and retirement wealth in the coming global crash and depression. More information is available by contacting the author here.

Yes Russia and Europe would do well to work together to counter and halt the flood of Middle East refugees to Europe before the current global recession/depression destroys the prosperity of the region. While the refugee threat might have been a reasonable tool or Washington geopolitical tactic to restore NATO and therefore American leadership over Europe under normal economic conditions, the situation is now getting out of control. With today's global economic slowdown and the risk of depression threatening the economy of Europe this tactic borders on economic genocide for Europe and must be countered and restrained for the peace and prosperity of the region. Let us all work together and hope and pray that the Obama Crash of 2016 does not turn into the Obama Global Depression of 2016 because of some poorly timed geopolitical brinkmanship and maneuvering suggested by Washington neocon advisors.

Ronald Holland is the author of several books as well as numerous special reports and hundreds of articles on finance, investments, history and politics. He speaks and moderates frequently at financial and free-market conferences and has developed Swiss oriented financial products in the US and Switzerland and his lived and worked in the US, Switzerland and Canada. He was head of a bank trust department, president of an investment firm licensed in 47 states and involved in resort real estate marketing and sales. He consults with a wide range of individuals, corporations and entities. Ron Holland can be reached at [email protected]