A series of coordinated terrorist attacks conducted by Islamic State terrorist organization in Paris has claimed the lives of more than 150 people, more than 200 were injured. 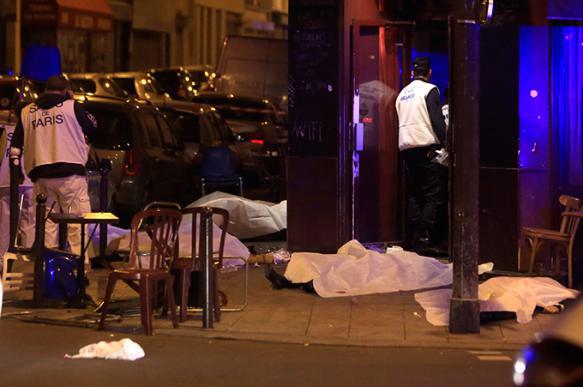 The bloodiest of the attacks took place at Bataclan concert hall, where about 100 people were killed.

Terrorists went on a shooting spree in several restaurants. Explosions also occurred at Stade de France stadium during a friendly match between the teams of France and Germany. French President Francois Hollande was on the stadium during the moment when the explosions occurred. Hollande declared a state of emergency and closed French borders. In Paris, schools and public institutions have been closed.

The terrorist attacks occurred at the time when France, a member of the antiterrorist coalition led by the United States, was weighing possibilities of air attacks on the positions of the Islamic State.

In pictures: Terror attacks in Paris

The death toll of the Paris attacks has reportedly increased to 153 people, but may continue to rise.

On Saturday morning, French media reported that eight terrorists have been killed. According to the BBC, seven of them have killed themselves by detonating the bomb belts, and only one terrorist was killed by police.

French President Francois Hollande declared a state of emergency on the whole territory of France. Schools and institutes, libraries and gyms, the Paris subway, as well as government agencies have been closed.

The bloodiest attack took place during a rock concert at Bataclan concert hall. Noteworthy, the attack occurred a few hundred steps from the spot where terrorists staged a massacre at the office of Charlie Hebdo magazine in January. As of Saturday morning, more than 100 people were killed during the concert of US band Eagles of Death Metal.

The attack on Bataclan concert hall reminds the hostage crisis in Moscow, when terrorists took hundreds hostage at a music theater. In Paris, however, when the terrorists broke into the hall, they started killing people instantly. Soon afterwards, the police started the operation to destroy the terrorists, and they exploded their suicide belts. One of the terrorists was taken alive.

In addition, the terrorists arranged three explosions near Stade de France football stadium. French President Francois Hollande and a number of high-ranking officials were present at the stadium at the moment of the attack.

World leaders have expressed their condolences to the French people in connection with the terrible attacks. Russian President Vladimir Putin expressed his condolences and solidarity to his French counterpart. Many world leaders, particularly the Chinese and Turkish presidents, called for coordinated action against terrorism.