What happened to Turkey's neutrality?

Turkey summons an emergency meeting of NATO in connection with the aggravation of the situation on the border with Syria and Iraq, where the Islamic State terrorist group has taken roots.  Yet, it is the Kurds, but not the Jihadists, whom Turkey is bombing. Is Turkey ready to fight on two fronts? What happened to Turkey's neutrality? 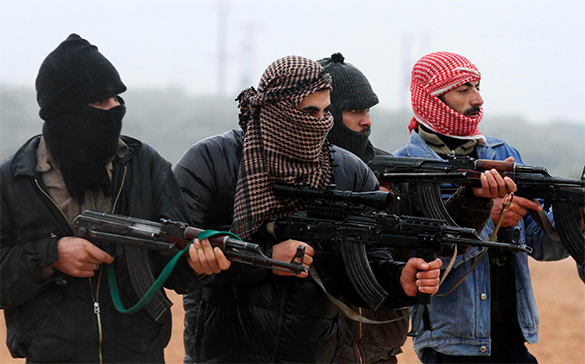 Turkey is summoning an emergency meeting of NATO in accordance with Article 4 of the NATO treaty that gives countries a possibility to request consultations at the time when they see a threat to their territorial integrity, political independence or security. The most recent case is the fifth in the history of the alliance. Yet, Turkey is not asking for military assistance - it will only inform the members of the alliance of the state of affairs in the region.

Noteworthy, it was the Islamic State that claimed responsibility for the recent terrorist act in Turkey, when a suicide bomber killed 32 people in an explosion in the town of Suruc. The purpose of the attack was to punish the Kurds that fight against ISIS in the north of Syria, in Cobán. Ankara immediately stepped up operations to patrol border areas; several Turkish military men were killed. Erdogan ordered to bomb the positions of the militants - the Kurdistan Workers' Party (PKK) in northern Iraq. To suppress the Islamic State in Syria, Erdogan gave the United States permission to use Incirlik air base in southern Turkey.

Afterwards, Turkish security forces conducted large-scale operations to detain Islamists. In one of the apartments of Istanbul, police found 30 foreign mercenaries, who were awaiting their departure to Syria for jihad. According to reports in the Turkish press, hundreds of ISIS supporters were arrested. Pro-ISIS websites in Turkey were banned.

Why didn't it happen earlier?

It did not happen earlier, because jihadists enjoyed the country's official support, Burak Bekdil wrote in an article for Gatestone institute. Among those detained, there were well-known radicals Abdulla Abdullayev of Azerbaijan and Ebou Hanzalah who stated publicly in 2014 that he would like to establish the rule of Sharia law in Turkey. No one took any efforts to arrest those people, until ISIS bombed the Kurds in the small town of Suruc, the author notes.

Interestingly, the United States immediately supported Turkey in the fight against "terrorism." A US State Department spokesman said that Turkey had a right to defend itself from Kurdish rebels, having called both sides to avoid violence, though. German Chancellor Merkel pointed out that one had to continue talks with the Kurds to regulate the conflict peacefully.

In Turkey, a very difficult political situation was formed after the parliamentary elections in June. Erdogan's Justice and Development party lost the absolute majority in parliament, and the Kurdish People's Democratic Party took 80 seats. Now, the party can legally promote Kurdish problems. Erdogan has not collected the ruling coalition yet. If there are new elections, it would be extremely important for him not to let the Kurds repeat their success. Demonizing the Kurds is a solution. Therefore, Washington supported Ankara in its struggle against the growing influence of the Kurds in the country. In return, the US asked for closer cooperation in the fight against the "bad guys" of the Islamic State.

For Turkey, ISIS is not the prime enemy

"The US is playing its own game. The Americans understand that Turkey does not see the Islamic State as the prime enemy, - Semyon Bagdasarov, Director of the Center for the Study of the Middle East and Central Asia told Pravda.Ru. - The prime enemy for Turkey is the Party of Democratic Union (Syrian Kurds) that controls a significant part of the Syrian-Turkish border. Enemy No. 2 is Bashar Assad's troops. ISIS will only come third. The Islamic State is like a smokescreen to fight the Kurds," the expert said.

According to Semyon Bagdasarov, the Islamic State is closely connected with Turkish intelligence. "It is possible that the terrorist attack in Suruc  was staged deliberately. The Turkish authorities see the danger that comes from the Kurds. The elections coincide with terrorist attacks and the situation develops accordingly."

The NATO session will end with a show of force. There will be no ground operation. For the Turkish leadership, this is just a campaign of intimidation to obtain legal grounds for their actions.

Meanwhile, senior officials with the PKK announced on July 25 that Turkey's recent air strikes marked the end of the truce from 2013. Most likely, the parties will come to an agreement. The Kurdish movement will promise not to climb to power, and Turkey will stop bombing them.