Before Wikileaks and Edward Snowden, there was Bobby Fischer

Bobby Fisher was indefatigable in his search for the truth. Throughout his life, Fischer looked for a vehicle to take him there. He found one: Chess provided the impetus or means. It does not surprise that later in life he often referred to the game as his 'great paradox'. Soon after his miraculous victory in the mid 70s at Reykjavik Iceland over Russian Grandmaster, Boris Spassky, when he became the youngest World Chess Champion, Bobby Fischer vanished from the global spotlight; without reason he dropped off the world stage. 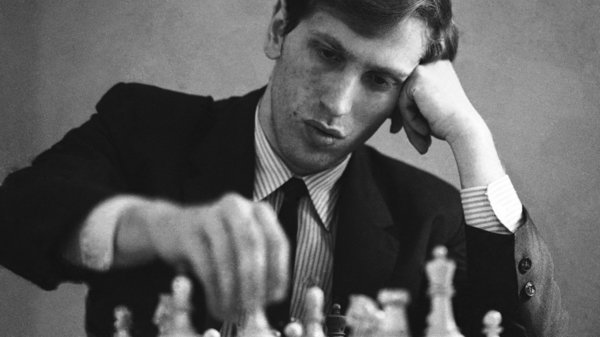 The media were miffed; and not just those journalists who covered chess. The world's largest media conglomerates, and especially the big three American TV networks were at a loss for words. Other than "Where is Bobby Fischer?" they had nothing to say. None of them offered a plausible explanation as to Fischer's sudden disappearance from 'stardom'. All combined, the MSM could not proffer a cogent thought on what to do about their own irony. The anchors seemed lost. They needed Fischer. Out of their own selfish desires, journalists went on a quest. Like a spring spider's web, they spread out all over the globe looking for him.

Years later, several reporters had sightings of Fischer. So they claimed. Fischer, though a celebrity, was no longer easily recognizable. His appearance had changed. Some said drastically. Whatever reputed photos they published, many or even most depicted Fischer as a recluse. From the grainy snapshots, Fisher looked sullen. Other news outlets referred to him as a 'bum'. How easily people forgot. Fischer's former flatteries all but vanished. The media no longer saw him as a chess prodigy. Americans stopped rooting for him. People lost interest around the globe. In fact, the opposite happened. At first, the insinuations crept in at a snail's pace. It was not long before the 'movement' gained momentum. In no time, the world's media felt little compunction about demonizing him. In America, Fischer went from hero to goat, in less than a New York minute.

Why did the MSM have a change of heart?

Why did the MSM have this abrupt change of heart? Why would so many 'journalists' now cast him in such a pall? Why would his former legion of media as well as chess supporters now smear Fischer with such vitriol when they normally reserved such biased reporting for only villainous outlaws? Instead of answers, media circles stooped even lower. They muddied their own dirty laundry with outright lies. The networks now officially deemed Bobby Fischer as an undesirable maniac. On camera, he was adjudged not just paranoid nor a man afflicted with schizophrenia. Oh no! He was worse than that. In their eyes, Bobby Fischer had gone rogue. Fischer was un-American as Benedict Arnold was earlier. They implied Fischer had defected. He had committed the unpardonable act: he had gone over to the other side. To many, Fischer was essentially a bona fide Soviet agent. Without providing corroborating evidence, the media conjured up the false image that Fischer now spied for America's Cold War enemy.

Could the MSM get away with their acts?

Could the MSM get away with their slanders and libelous acts? They did. Fischer, other than his own personal journal scribbling, did little or nothing to refute the lies. However, why was he so laconic in public? Only now, after his recent death did any intrepid reporters go digging for the truth. It did not take them long either to uncover bobby Fischer's 'untold' story. People close to him, which were not many, provided the insights. From interviews with his former manager, a close career confidant, and his sister, a very different Bobby Fischer emerged. True enough, Fischer early in his adult life felt he was 'followed'. He often complained about his frequent 'tails'. In his travels Fischer always searched his apartment for the 'bugs' or electronic listening devices. When it came to revealing the source about his suspicions that others were spying on his 'activism' and looking into his personal 'beliefs', Fischer offered his candor freely. He did not suspect the Soviets. That meant only the opposite side of the equation was true: his own government did not trust him. Fischer went further. He called them by their names: the CIA, the Pentagon, and the State Department. However, he stopped short. Fischer did not provide the specifics: dates, proof discovered, or any substantive evidence that he even approached the authorities or lodged a complaint.

Regardless of what the MSM may mislead you to believe about this remarkable man and great American, Bobby Fischer remained true to his convictions. He stayed resolute in his search for the truth. Rather than cave to his critics and accept that he was 'sick', Fischer found absolution: he renounced his U.S. citizenship. After seeking political asylum, Iceland, the host country of his most famous achievement granted Fischer full citizenship. It was a fitting tribute.