These days, so much of the political headlines emanating from the U.S., center on one person: Donald Trump. Even the American MSM by their own admission though begrudgingly at times grants him much more exposure than they would like to. 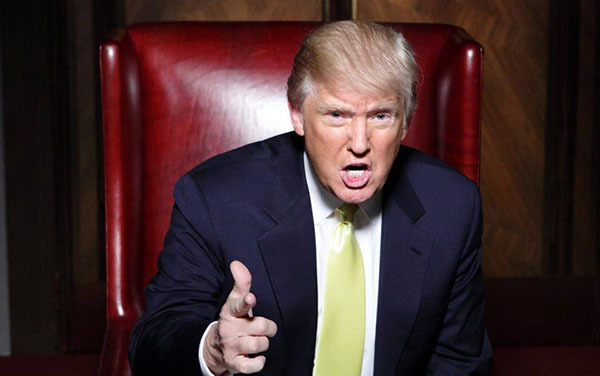 Ever since 'The Donald' formerly declared his candidacy, the liberal wolf pack has been hounding his presidential campaign all across America. The rabid journalistic dogs are not shy or apologetic either. At every opportunity, they sink their gnashing teeth into Trump's hide with unending ad hominem attacks and phony polls. The latest to take sour snipes at the popular and still surging GOP top contender was retired former CBS news anchor, Dan Rather. Rather opined in his wistful manner that he did acknowledge the real possibility that Republican front-runner Trump could win the Presidency.

That does not sound like an endorsement because it was not. Dan Rather is another liberal who would rather make a snide remark rather than say something positive about a conservative. The proof was in reading the fine print of his commentary. Rather saved his reservations almost to the last sentence: Trump lacked foreign policy experience. Had to laugh; Rather and his ilk were too remiss to highlight those very same concerns when evaluating then Democratic candidate Barack Obama. The assault on the populist Trump is not limited to the media. Fellow GOP contenders from baby Bush to conservative pretender Marco Rubio have all launched cheap shot barbs at 'The Donald'. None of them though hit their mark.

Trump dismissed 'the group' as powder punchers. No one contender is either 'tough' or 'smart' enough, two qualities, which Trump enunciated to the press, were an absolute requirement in order to assume the mantle of the nation's CEO. On the other side of the aisle, Hillary Clinton, whenever she was not busy playing hide-n-seek with the Benghazi Panel, put out a sneer before she impugned Trump; but always from afar and in a liberal safe haven. As usual, the top Democrat in the race chose to deflect rather than face the Committee's music. The White House too has entered the Trump feeding frenzy fray. The now flippant sitting President, Obama, has oft tried to dismiss Trump's chances to succeed him but without citing any concrete evidence; proffers his opinion which in the wider world has no real moral suasion. To wit, Obama's lashing out comes on the heels of 'The Donald's' candor regarding current U.S.- Russo relations. Trump quipped. "President Putin does not respect us; that's because Putin sees Obama as weak; not a real leader." Trump delved deeper. "The entire world hates us. That will change when I am President. I would get along with Putin."

Good on Trump. When the MSM asked about the Russian President's decision to go into Syria on a search-n-destroy bombing campaign against ISIS, Trump offered only praise for the Russian President. "It is a good move." If you read into that line, I am sure that you too will also decipher Trump's tacit but silent follow-on thought. "I told you so!" The signals from overseas all sound Trump positive too. Europeans would welcome a Trump presidency. German industry for one, cannot state the obvious emphatically enough: End Ukraine's war and lift the illegitimate Russian economic sanctions. Italian and French engineering firms have also said the very same for two years now. Still mired in Obama's groupie meme their respective governments though repeat the lie: Russia is the enemy. Moreover, the current Oval Office occupant has spent more time taking a golf hiatus every weekend, that is, when he was not already on vacation jetting around the globe, than he has behind his desk, working the nation's problems.

Yet Obama's surprised when much of America doubts his word? As it is, his own cities, much of the Middle East and Ukraine were all going down in flames while Obama snoozed. The reactionary speeches came only after the facts. You know the ones: too many guns, Police target only African Americans and everything else is Putin's fault. Fact is all of Obama's smooth talking did little to assuage anyone but his most ardent liberal supporters.

Today citizens have had enough. Still, they will have to wait one more year. Only then, can America start to be great again. No, 'The Donald' is not now the de facto U.S. President; but he should be. More and more, he looks sounds and acts like the real deal!