Listen to any global media outlet. One way or another, the 'journalist' finds a way to insert a negative about either Russia or its courageous president, Vladimir Putin, in the story. The smirking lead anchors always use inflammatory rhetoric like 'existential threat', 'aggression' or 'resurgence' when they malign anything Russia; they do this as often as they can. Never do those networks provide any context; nothing meaningful that would mitigate their obvious bias. 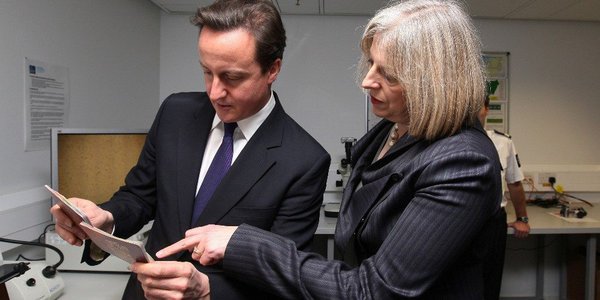 Even in the aftermath of the Brexit vote, Britain's outgoing and disgraced Prime Minister, Cameron, blamed Vladimir Putin. Yeah; the 'No' vote victory was all Russia's fault; nothing to do with the British people. Brits were, after all, exercising their democratic right. That hard fact did not stop the Western propagandists. They just cannot help themselves. If Washington sells something to be true, then Europe and NATO are compelled to buy in; their spineless leaders have no problem in parroting the lies; the C.I.A. keeps pressing the Cold War 'reset-reset' button; keeping the 'former KGB colonel' narrative alive is in the American spy agency's own self-interest and very preservation.

As to identifying a source of the West's motivation for this continuum of impugning Soviet Union, aka Russia, there is only one answer: America's military industrial insecurity complex. Before leaving office in the 1960's, former U.S. President Dwight D. Eisenhower was not shy in outing the culprit; his warning to the world as to who the real menace was in preventing peace and security to permeate all international borders was clear enough; well, the Soviets and the Chinese 'commies' were excepted for the moment. Problem was: no one was listening. Not in America. Nowhere around the globe did anyone lend an ear or care.

How could people hear? They were too busy. America's longest post war economic expansion was just getting underway. Big oil, U.S. Steel, the big three automakers and the rising stock market were all a boon to the emerging middle class. From sea to shining California's beaches, America, was looking more beautiful than ever. With their improving fortunes, 'baby boomers' had a chance to attend college. A four year post secondary education was affordable. Those that enrolled in the 'liberal arts' got some psychic returns to boot. Their 'professors' were too eager to inculcate their intellectually starved students with new age concepts. Many graduates learned and believed that 'the pursuit of leisure' was not only noble, but a quintessential right according to Maslow's hierarchy of needs.

Befuddled by the new economy

In America today, that same mind set still exists. The modern version is besotted with different problems; the dynamic of the globalist movement and the middle class' (what is left of it) preoccupation with social media made it difficult to fight back. Many are befuddled by the 'new economy'. More and more, Americans are worried. They lose sleep. Personal debt loads are at all-time highs. Credit cards have maxed out. Those lucky enough to be working, and maybe gainfully employed, live week to week. As long as pay checks keep coming (and not with a pink slip) people manage to survive. Others struggle. The trans-national corporations' off shoring their good paying jobs saw to that. Workers no longer took solace in the Company's 'mission statements' whereby they were promised lifetime employment. The shareholders' oath of allegiance dossier is a relic of the past; the wording worthless.

With all four factors of production now exported and ensconced in former enemy, Red China's dragon's den, the writing on the wall's message has cured in permanent ink. Despite assurances from politicians over the decades, the likelihood of a return of America's manufacturing base was slim to none. America shopped this same business model worldwide. Coupled with several large doses of Keynesian economics, governments, businesses and organized labor thought they had a safeguard. Whenever a situation like a recession necessitated a quick remedy no one group or ideology was too shy to prime the petro dollar deficit pump. More recent, central bankers led by The Fed created quantitative easing. Governments followed with corporate welfare stimulus for the 'too big to fail' banks. Freeloader behemoths like General Motors groveled too.

Today, out of financial levers, with a national debt approaching 20 trillion dollars and an aggregate derivative exposure in excess of 50 times the debt, America's military industrial insecurity complex is desperate. The balloon economy needs refloating. The fix was in. As in the past, war is the solution. In resurrecting the Soviet bogeyman, America's establishment of one per center elitists repackaged it as a new Russian threat; that old lie wears thin.

Now whenever you hear a Western media airhead cry 'wolf', err, shriek at a new Russian bear sighting, act quickly. Tune in an alternative news agency. There you will find solid evidence. Discover the real truth behind America's false flag operations; all borne of Putin derangement syndrome. Yes; the entire western hemisphere is infected. Their disease is incurable. Look at Cameron's replacement. Miss Mayberry can hardly contain herself. The mad *** wants to build a special nuke for Russia. While she spoke, Brits should have demanded another referendum. Voted 'Yes'; kicked her usurper butt out.

20:50
Horoscope for May 28, 2022: Too many surprises for everyone
19:20
Nuclear war scenario may materialise should Washington supply MLRS to Ukraine
18:49
Bloomberg: Germany's actions against Russia put Austria at risk
18:21
American laboratories found in Nigeria where monkeypox began to spread
17:34
Truss says what'll happen to the West if Russia wins the Ukrainian conflict
16:47
Newsweek explains why Russia is preparing Kalibr missiles after US statements
16:23
Expert says Zelensky might face a military coup in the coming weeks
15:57
Video: Foreign mercenaries fire grenade launcher at Russian BTR in Ukraine
15:48
Zaporozhye official says Kyiv is preparing the surrender of the region
15:13
Ukraine's army bases in Zaporizhzhia to be delivered to Russia
World
Russian tank blown up by a mine turns out to be a bait for Ukraine in Donbass