In 2012, when Boris Nemtsov visited newly appointed U.S. Ambassador to Russia, Michael McFaul, at his official residence, he did not expect to be met by his own countrymen; his surprise was telling. Yet the Moscow TV crew was there on the behalf of all Russians. More important, they posed the question that needed asking. "Why are you here?" The Russian media shy Nemtsov ducked; the tenacious crew asked again. "Boris Nemtsov... Why are you here?" 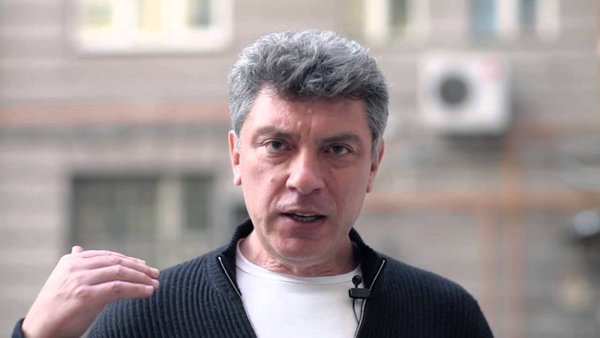 Not all well for self-appointed challenger

From that point forward things would not portend to end well for the self-anointed unofficial 'opposition' challenger to the current top job in the Kremlin. In fact, there is a contrarian argument to be made here: Nemtsov was no more a politician than his number one cheerleader, Komrade Kasparov is. The reason: the Western MSM and to a lesser extent their kissing cousins inside Russia more often than naught portrayed Nemtsov akin to an investigative reporter than that of a real, ideology oriented politician. That was the glitzy impression I had; in every media byte that I saw so far, Nemtsov's appeal was carefully crafted. Almost without exception the bespectacled Boris was depicted as a 'cutesy' fellow; he was promoted as a true saint; one that could not harm a fly let alone had ill will toward any individual human; say like to his popular President, Vladimir Putin.

Ostensibly, liberals both in Russia and abroad tried to disseminate a Nemtsov portrait that was both quaint and quixotic. Their aim was to gain the people's sympathy. They got it wrong; the combined media manufactured imagery about this man did not approach reality; far from it. Now one is left only to surmise as to what transpired; what really happened behind those closed, colossal oak doors while Nemtsov was comfortably ensconced in the 'safety and security' of Ambassador McFaul's private study.

On the other hand, we can look to other sources to find answers. History is always a reliable teacher; especially the English variety. No one other than the Bard himself is better at instructing others in their quest for gaining true perspective. 'Henry V' springs to mind.

Act II which takes place in Southampton is a perfect staging ground. There in the port city we find righteous King Harry laying bare his plans to embark on a military campaign; Harry readies his army to set sail to France. The mission is to wrest his crown from his dear Frankish usurper cousins. Harry's final preparations soliloquy offers strong clues as to the 'others' motives:

God quit you in his mercy! Hear your sentence.

You have conspired against our royal person,

Join'd with an enemy proclaim'd and from his coffers

Received the golden earnest of our death;

Wherein you would have sold your king to slaughter,

His princes and his peers to servitude,

His subjects to oppression and contempt

And his whole kingdom into desolation.

Touching our person seek we no revenge;

But we our kingdom's safety must so tender,

Whose ruin you have sought, that to her laws

We do deliver you. Get you therefore hence,

Poor miserable wretches, to your death:

The taste whereof, God of his mercy give

You patience to endure, and true repentance

Of all your dear offences! Bear them hence.

We know, from the Bard's play, by God's own hand the three traitors, nobles Cambridge, Scroop and Grey are revealed to King Harry in the nick of time. By extension we should recognize that same treacherous intrigue exists in Russia today; applies to both President Putin and to the ill-fated Nemtsov as well. Just substitute, CIA, Nuland and the U.S. Special Branch NGO's for the foreign legion of benefactors: all of which had much to hide. Burying their handpicked insider, albeit unwitting accomplice was their only 'out'.

Now, I am not saying that I condone murder. Fact is: I deplore any form of killing as barbaric. However, Boris Nemtsov should have had suspicions: his employers err, handlers could not be trusted. Not in the least bit. He should have recognized them for what they really are: Russia's enemies; evil miscreants who were not above sacrificing their 'own' to justify, as Americans like to state, 'the end game' strategy.

Eyed from the Kremlin walls, Nemtsov's murder at the hand of 'hired' Chechens was expedient; the 'hit' was arranged from afar. To wit, the foreign legion's intent was to foment political discord in Russia's southern Caucasus region; open a new war front; make the murder look like the handiwork of Chechen President Ramzan Kadyrov, a close Putin ally. Not regrettably, the foreigners' overarching plot for a future coup d'état failed; plausible because Providence intervened in Christian Orthodox Russia too. Believe it!