Dignity has a price

Some time ago I wrote a series of articles on the US imperial wars: one against Milosevic's Serbia for the control of Kosovo and the destruction of Yugoslavia, another against Libya that ended with Gaddafi's death at the hands of NATO's henchmen and that, unfortunately still going on, against Syria. I wrote that dignity has a price and that this price at the highest levels is nothing but death. On the other hand, I do not see how else you can pay the price when this is about the survival of your homeland. 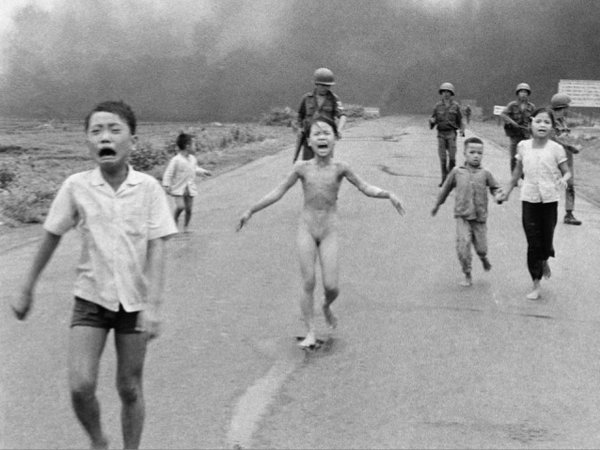 Milosevic died in prison, murdered by a cocktail of drugs that marred his health until his body succumbed. Murdered is the right word. Poisoned with the intent to kill him, by whom those drugs have given them to him. Mercilessly.

His crime? He defended his own country. Believing in his homeland, Serbia, and in her right to be independent, outside of NATO and the European Union which is nothing but a pack of dogs, US vassals. Terrible. Inconceivable. Unacceptable that someone may have had a similar claim in the years of the end of History. Maybe I'm the only one who remembers that Josip Broz Tito was not afraid to oppose the Soviet Union of Brezhnev to the point of risking an invasion? Other times, other men: they did not read the book by Fukuyama.

The news that the Hague Tribunal has declared Milosevic innocent for war crimes against the Bosnian Muslim population is no longer recent news these days in mid-August. And it is passed over in silence by the mainstream media here in Italy. Yet I believe that it will have profound repercussions in the near future.

The International Criminal Court is a non-value entity as it serves specific interests that are exclusively those Atlantic. The United States is not justiciable by the Court or similar institutions of the so-called "international community" but the rest of the world yes. This alone speaks volumes about the honesty of the judges who work there, on their fairness and their impartiality. If the Court had been really serious, Milosevic would have received better care and would still be alive. And the United States could be judged as they claim the other nations of the Earth should be. If we lived a period of civilization, some questions should be open and closed only on the battlefield, without pulling them over long on useless theatrical celebrations, whose end is already decided at the start but this, precisely, is a time in which Men are a minority.

Milosevic was pointed to the Western public as the butcher of the Balkans. Evil incarnate of that unfortunate land. A fascist former communist who tried to carve out a his own imperial space. A new Hitler. The reductio ad hitlerum (namely the reduction to the condition of a Hitler) is in fact the last piece of a smear campaign against heads of State particularly recalcitrant to bow to Western diktat.

Then the negotiations-farce of Rambouillet, the infamous Annex B, three months of bombing for Kosovo and what will be the base of Camp Bondsteel, the capitulation. Which dictator, ruthless and cruel, holds elections of which recognizes the result and by virtue of them is delivered to the enemy to be judged? This, like others that I've set in the past, is a naive question and I do not expect a serious response.

I appeal to the Serbian readers, if any. Do you remember the American bombing? The Western media, even those Italians, showed you as a bunch of evil people. Madeleine Albright used the phrase "collective responsibility of peoples" to indicate that all Serbs were guilty as their leader Milosevic and suggested that it was right to bury you under an hurricane of bombs. Do you remember the fear that you have felt? The anguish that you experienced? Friends, relatives, loved ones gone? What do you think now?

And I turn to those Serbs who were young at the time, perhaps university students and idealists: I speak to those who fled to Bulgaria to learn how to make "peaceful revolutions" in the school Sharp & Soros and then returned just in time for the elections Otpor! style. It was really worth it, infamous? Did you achieved your miserable world of Western dreams? Have you now a poorly paid job accompanied by a smartphone with which to seek Pokémon deceiving yourself to be the right ones, the ones who know better than the others? Or did you work for a large international bank to plunder the riches of others with speculation? You were only snotty kids angry with your parents and instead of finding a serious job and keeping your heads straight, you're left fooled by those who knew how to manipulate you because they had long understood how weak and losers you were. Presumptuous and arrogant snotty kids, you spoke of freedom and instead you were only urinating on your  homeland. You were and you are only traitors.

The Italian media have always supported with joy and impetuous rage every NATO-American war in the last twenty years. Well... what should I say? A panoply of servants, pimps, poor little people uncritical and without integrity. Always there to celebrate the Western military successes, as if the war was a Hollywood movie and without caring that there is a larger and scary plot. They sense it, yes, but they do not care. Because the money they have always received and the proximity to the power provides an alternative satisfaction to tell the truth, to being a critical conscience for society. They shine with reflected light but gloating as if they were to glow it and this has always been enough in their mediocrity.

Milosevic died in prison, Gadhafi killed with a knife tucked in the pants. Can we ask ourselves what end for the Turkish President Erdogan? I never liked him as head of State but I can understand his annoyance for the wavering policy of the Americans in his regards: the attempt of coup that he has suffered recently has also failed with the discreet help of Russia and Israel. Perhaps it was inevitable the use of Incirlik for the air operations of the coup but it has not been a very smart move: can a State with sense of dignity allow a foreign power to use his own army to overthrow his own government?

Although the war against Syria has always been a war against Russia since its very beginning, I also wonder what end will be reserved for Bashar al-Assad and his family. Will we read that the lions of Damascus have won on their foreign enemies and that Syria is finally returned peaceful or rather that all is lost, ended with the death of a man, his wife and his little children? Dignity has a price, Mr. President, especially for those who defend their homeland.