"What should we expect from a Hillary Clinton at the White House?" Reply: "War". More: "Sanders is not a socialist"; "In business, Trump prefers deals to conflict, so there is some hope he would want to reduce instead of build tension with Russia." Read the full interview below 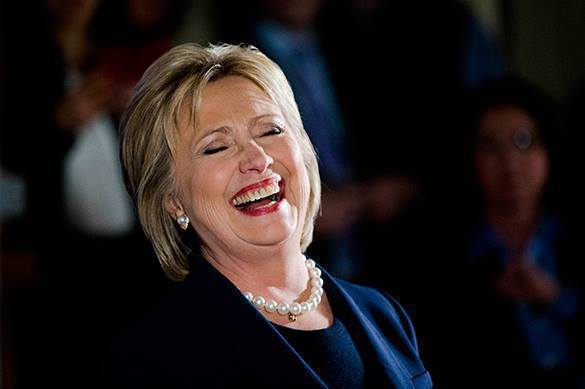 Dr. Roberts, there are three candidates aspiring to become the next president of the United States: Sanders, Clinton and Trump. According to you, this race to the nomination is different from other?

2) Let's start by Bernie Sanders, someone says with a "socialist" look, even here in Italy for example. But is there room  for a "socialist"  president in the American system?

Sanders is not a socialist.  He simply understands that any society needs a social safety net and cannot be run just for the benefit of the rich.

3) Sanders has fewer delegates than Hillary Clinton. Is he out of games or still has some chance of winning the Democratic nomination? In your opinion what should be the next move of Sanders and his collaborators?

If Hillary is held accountable, Sanders is positioned for the nomination.  However, the purpose of the superdelegates is to prevent voters from chosing a candidate that the party establishment does not want.  Therefore, Sanders could still be blocked.

Possibly, if enough of the superdelegates have integrity, they would respect the people's choice rather than the party hierarchy and support Sanders.

4) Hillary Clinton is not loved by a part of the American elite who in the past have preferred Barack Obama. The story of the stolen emails may damage her? I think we revert to Sanders, isn't it?

Hillary represents the elite of both parties and is likely to be supported by both.

5) What should we expect from a Hillary Clinton at the White House?

6) Let's come to Donald Trump, real news of this race to the presidency. Bombastic, loud, braggart but not stupid for sure. A very substantial part of the Republican electorate is in love with him and wants him as President. So who is Donald Trump really?

We don't know what Trump is as a political leader. Peope voted for him because they don't trust the establishment candidates and Trump seems different.  But so did Obama.

7) Democrats and Republicans hate him. Trump President will find himself co-opted into the gears of power, reduced to mere puppet?

Trump has his own ideas, but he is not experienced in economic and foreign policy, so he does not know who stands where and does not know who to appoint who would help him rather than the organized interest groups.

8) What could be Trump's economic policy? Will he force for real American companies abroad to return home?

Presidents only know what their government tells them, so Trump's presidency would turn on who appoints his government and who the appointees serve.

9) What about Trump's foreign policy? It seems to me that the picture here is even more confusing ....

In business, Trump prefers deals to conflict, so there is some hope he would want to reduce instead of build tension with Russia.  This is perhaps the biggest and most important difference between Trump and Hillary.

10) One last question for you, Dr. Roberts: a Donald Trump as President of the United States would launch a serious investigation on 9/11?

I doubt he would be able to.  Such an investigation would be said to be a lack of confidence in the US government, thus hurting America's credibility and bolstering our enemies.  Moreover, who would help him with the investigation?  Governments tend to cover up for themselves, not expose themselves.