The "October Surprise" to make Trump a loser

Opportunely the worthy site Dedefensa evokes the words October Surprise (here: http://www.dedefensa.org/article/danse-de-guerre-autour-dune-october-surprise): every time there is a presidential election in the US, before the general vote held in November, an October Surprise has the habit of exploding, an event (deliberately made) that countdown public support from one candidate to the other. The most famous October Surprise was that seen as victim president Carter 1980: he hoped to be able to announce to the Americans that he obtained from Iran the release and return home of the US embassy staff in Teheran, took hostages for months by Khomeinist fanatics: Teheran broke off negotiations that was going on and looked promising, so inexplicable and the winner was Ronald Reagan. Only years later it was learned that the Reagan's Republicans had made a backroom deal with the ayatollahs to sabotage the Carter's surprise and defeat him: the relationships between the regime of the ayatollahs with the "Great Satan" were many and hidden, no less than those with the Little Satan, Israel, which was the center of a lucrative trade of weapons from Teheran to the Nicaraguan Contras, managed by the CIA... but it's a complicated story. Just remember that the most blatant revulsions often hide something else. Who wants, can see the list of other October Surprises in an article a bit tamed on Wikipedia (here: 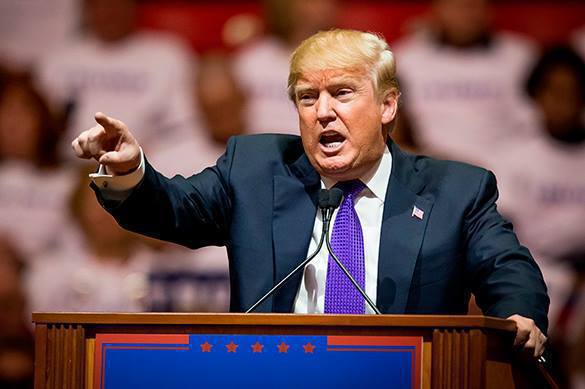 Now, what will be the October Surprise contrived to stand in the way to Donald Trump? The thing is to be feared because of the fiercest opponents of "Donald" in the Republican Party, the latest McCain, seem to have resigned themselves and have ceased hostilities. It will not be useless to remember that there is a "party of warmongers" transverse to the Democrats (Nuland-Kagan, Samantha Power, Hillary, Ashton Carter in the Pentagon) as the Republicans (McCain etc.) very powerful and determined, supported by the military-industrial complex and the known lobbies. Considered these premises, Eric Zuesse, an important essayist and historian, fears that the October Surprise this year could be, nor more nor less, a first nuclear strike of the Obama presidency, now running out, against Russia.

The main clue that Zuesse gives is: days ago Obama has slammed the door in the face of Putin, rejecting his offer to discuss the new US nuclear strategy. Washington, positioning the Aegis Systems close to the Russian borders in Romania, Poland and the Baltic countries, has been made capable of annihilating the missiles that Moscow may launch in retaliation, leaving Russia without any pre-emptive defense. Remember that in the decades of the Cold War, peace was guaranteed by MAD, mutual assured destruction: the consciousness of both parties that a first nuclear strike against one of the two powers would be mechanically followed by retaliatory nuclear flights. But now, in the US they think to own the technological superiority to launch the first nuclear strike, so utterly destructive to deprive Moscow of retaliatory possibilities. Believe it or not, it is seriously discussed: in 2006 Foreign Affairs, the journal of the Council on Foreign Relations, spoke about it (here: https://www.foreignaffairs.com/articles/united-states/2006-03-01/rise-us-nuclear-primacy).

Yes, we can deliver first and win a nuclear war, without fear nothing but the radioactive fallout of our bombs on the entire Northern Western Hemisphere, especially on Europe: for those gentlemen a "manageable problem and a price that is worth paying to eliminate Russia", Zuesse comments.

It's a total reversal of the previous strategic doctrine (MAD) that Obama is quickly implementing positioning the Aegis Systems close to Russian borders: here because Putin has asked to discuss it (and reach a new Stability Treaty), offer that Obama has arrogantly refused.

Even the respected Paul Craig Roberts, former deputy Treasury secretary during Reagan's administration, for months and increasingly launches the alarm: the neocons hidden behind Hillary, and the powerful "Private interests" of the bankers, are pushing Obama to war (here: https://english.pravda.ru/world/americas/20-11-2014/129091-interview_paul_craig_roberts-0/).

Hillary Clinton may be the last American president (here: http://www.zerohedge.com/news/2016-05-09/paul-craig-roberts-warns-killary-will-be-last-american-president).

Alike Queen Elizabeth has let slip on the phrases about "a World War III scenario", as we have documented on 21 May. She knows something we don't (here: http://yournewswire.com/queen-elizabeth-reveals-she-is-ready-to-flee-britain/).

Let's add the Swiss Army preparations to strengthen the armed border surveillance in order to "support the civilian authorities in the management of an extraordinary situation". A flow of migrants in the summer, they said...

Finally, a few hours ago we have knew that the Merkel government has dictated a new military doctrine to the Bundeswehr, where Russia is defined as "rival" instead of partner (as it was in the Bundeswehr's White Book in 2006). This has outraged and sharply alarmed Moscow: Alexei Puschkow, head of the Foreign Affairs Committee of the Duma, said that this "shows the subjugation of Merkel to Obama" (here: http://deutsche-wirtschafts-nachrichten.de/2016/06/06/merkel-erklaert-russland-zum).

The bellicose provocations of NATO and EU are many and in great acceleration in recent days: from the appearance of three B-52 nuclear strategic bombers to the series of NATO exercises held from Estonia to Poland, from Romania to the Black Sea as the Foreign Minister Lavrov had to issue to Sputnik the following statement: "Russia will never attack an Alliance country. She is not interested in any aggravation of tension, but she is ready to respond to actions from Atlantic Alliance " (here: https://fr.sputniknews.com/international/201606061025625554-lavrov-russie-otan/).

Shortly before, Vladimir Putin explained that Romania, accepting the installation on her territory of the Aegis System near the Russian border, has become the target of "measures that we take to our security".

As John Helmer, an American businessman who lives in Russia with many contacts in government (and in Washington) said, the point is that Victoria Nuland, Samantha Power [the UN representative], Michele Flournoy [former Under Secretary of Defense], all women around Clinton that will lose their power and chair if Hillary had to succumb at Trump "are trying in every way to reach the trigger point", when Putin will see no alternative but pull the trigger. Helmer also evokes the October Surprise: "For October, the weak outgoing President Obama will be pressed by the weak, collapsing candidate of the Democratic Party Hillary Clinton, to save her future and coagulate the American voters, not at all convinced, against the candidate Donald Trump. The October Surprise, Russians believe, will be violent this year... but are Russians willing and able to assist Trump in a counter-surprise, like the one that Reagan made in the October Surprise with Tehran? ".

Well. Even CNN's anchorman Wolf Blitzer must have got wind of some contact, if in an interview with Trump, last May 4, he asked him point blank, "spoke with him?" (Putin). At that, THE Donald replied slyly, "I do not want to say..." (I will not say) and then talk about other things. Of course, the thought goes to general Michael Flynn, the former head of military intelligence (DIA), which months ago admitted he cheated the CIA arming the anti-Assad rebels in Syria, and that he has maintained contacts with the Russian colleagues of a similar service, the GRU. Just June 2, to Fox News, general Flynn said he thinks Trump as a "safer supreme commander" than Hillary Clinton, of which has listed the failures and smudges as Foreign Minister. As president, she would indeed be dangerous, he said. He's the man who may well derail the October Surprise of those war women. Let's hope.