Ron van Dartel is the Dutch Ambassador to the Russian Federation and as such he is supposed to represent his country's diplomacy. So what does he do? Why, he claims the Crimea is "under occupation" and declares it "illegal". Interesting coming from a country built on piracy on the high seas. 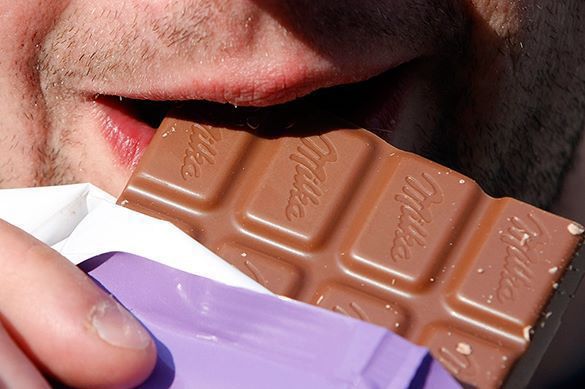 The Dutch, are historically renowned for being pirates and were the source of misery for countless families in Spain, Portugal and the UK, their colonial policy smacking of a country hell-bent on sticking its nose into other people's affairs, seizing cities, raping women and spreading filth and disease, while at the same time insulting Christianity by implementing their laws overseas through the Bible and the bullet like the Hordes of Baal.

In 2015, eighteen months after Ron van Dartel took office as the Netherlands' Ambassador to the Russian Federation, we have the most blatant example of sheer, pig-headed arrogance from a Western source since the likes of Condoleezza Rice or Hillary Clinton, in a puerile interview with The Moscow Times in which van Dartel claims that Crimea is "under occupation": "As long as Crimea continues to be under occupation, we have a problem...In our eyes that's illegal and we will never accept that."

A festering strip of silt

In everyone's eyes, the acts of The Netherlands have been illegal since they built the dykes and protected that festering strip of silt from the North Sea. Most shocking is the extreme degree of ignorance and arrogance delivered in the interview, and the absence of emotional intelligence from one who is expected to represent his country.

Does Mr. Van Dartel not know that under the law in force governing Crimea, the illegal Putsch removing Yanukovich from power as democratically elected President meant that in the absence of any higher power, the legal organism governing Crimea was its Parliament?

Obviously now, and following that does Mr. Van Dartel have a problem with the expression of opinion through a democratic vote? Most Crimeans voted to rejoin Russia in a free and fair totally legal democratic plebiscite. But then again the Netherlands' recent history with Russia has been somewhat strained through acts of piracy not on the high seas but on land, as we shall see...

The home of a Russian diplomat, Dmitry Borodin, was stormed by Dutch police one Saturday night at the beginning of October. The diplomat was allegedly manhandled in front of his family before being hauled away and detained all night, in direct breach of the Vienna Convention which grants diplomatic staff immunity unless they pose a danger to themselves or the public.

That the Dutch apparently and collectively act first and think later, was more than proven by the knee-jerk reaction over the tragedy which was the MH 17 passenger aircraft which crashed over Ukraine. Images of people crying and asking "Putin" for their children back were flashed across TV screens all over the Western world and the insinuation was very clear for all to see: Russia in general was responsible and Mr. Putin in particular, both of these being absurd and slanderous statements which would merit prosecution.

And now with this "gross breach" of the Vienna Convention, we once again see the Dutch acting first and thinking second, whatever the facts surrounding the incident. In the event the Dutch apologized the following Wednesday.

Perhaps Mr. Van Dartel would like to do the same. If not then at least he should keep his mouth shut before he embarrasses his country with his juvenile, unfounded, abrasive, inflammatory and insolent quips.