With their national election concluded, today many Canadians now are probably pondering and even struggling to understand the result: The Liberals under Justin Trudeau swept into office after they gained a majority of the parliamentary seats. To be sure, not many pundits and party loyalists alike expected the incumbent, Steven Harper, to form another Conservative government. What is shocking was the margin of defeat for Harper: more than 80 seats. 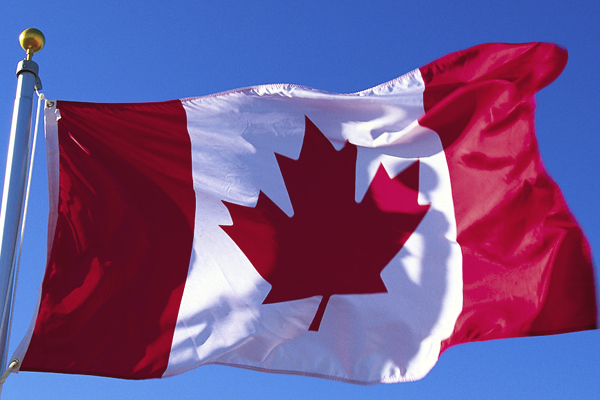 Defeat is the correct term; this result hardly qualified as a Liberal victory. If anything, it was a pyrrhic victory. Now, working class Canadians will have to endure tax increases. Trudeau, fresh from his protest vote 'win' was quick to repeal tax breaks to those families earning over $150,000. That's because when a reporter challenged him to define 'middle class' the very group that Trudeau vowed to defend, he mumbled something along the lines that his Macedonian phalanx of economic experts would advise him later. Great... Trudeau wasted no time in the confiscation of hard-earned taxpayer dollars by expanding the state's bureaucracy; he is true to form as a tax and spend Liberal. Just what the country needs not!

Not something to crow about

Let me expound on why the Liberals 'victory' is not something for Canadians to crow about. To gain a deeper understanding one need look no further than the Canadian news media. Lefties dominate every aspect in the dissemination of political points. The major networks there are the de facto government. Case in point: small independent news outlets have been saying for years now that major networks like the CBC and CTV have drilled into the psyche of the majority of Canadians a phenomenon known as 'Harper Derangement Syndrome'. Chief among the litany of reasons cited to hate Harper was the fact that he is Christian. You should interpret that to mean that under Harper and over time, Canada would become a theocracy.

Laughable as much as it is loathsome; it speaks volumes about the Canadian media's debased mindset. Moreover, in Trudeau who is an avowed Muslim empathizer, the media had their cutesy PC poster boy. They had help, too. Word on the street was that Obama's community organizers ventured north of the border; they would lend a hand but not for Harper. Trudeau needed a boost. Early on, his campaign faltered. Barely able to string two sentences together let alone have a cogent thought, Trudeau more often than naught appeared like his true self, a stoner. With Obama's PR people on the scene, the Trudeau makeover was complete. Soon, the Liberal 'leader' could read the teleprompter without pulling those ridiculous faces Canadians were used to seeing. Trudeau even had a new pose in his attack ads: sneers replaced puerile pouts. The Obama team's PR scope even included damage control. Years earlier, MP Trudeau, an admitted pothead, when informed that Canada's southern neighbor, the U.S., would deny him entry, cried on camera. Maybe now, U.S. authorities took him off the 'no fly' list. Suffice it to say Trudeau is still flying 'high'.

On the other hand, there is always the nuclear Samson option: President Obama declares an executive order giving him amnesty. On foreign policy, an area where Canada's chicken shit media failed to hold any of the candidates accountable, Trudeau now felt safe (but still ignorant). He ventured out once though on his own; proffered this gem to the press. "Canada will now be more compassionate and constructive." Really? Does his definition of compassion mean he will break ranks with NATO; recall Canadian military advisers from Ukraine; denounce the fratricidal war whereby Kiev continues to engage in the wanton and murderous slaughter of Donbass' innocent Russian speaking citizens? By constructive, does Trudeau plan to repeal the illegitimate Russian economic sanctions?

To do either would mean the unthinkable: Trudeau would have to oppose his new bud Obama and stand up to the NATO street gang; but that would require backbone; the one leadership quality, like his predecessor, that Trudeau also lacks. It shows. At a time when their economy is floundering, perhaps at the tipping point of entering a recession, Canadians cannot afford to elect a surrogate, a rank novice like Trudeau to 'learn on the job' as their head of state. Trudeau has no experience. His resume consists of one line: drama coach seeking entitlement. There is nothing comely or endearing about his speech and manner that even remotely suggests that he is qualified to lead the country.

The exact opposite is true: he is unfit. Canadians would have fared better with a coalition government; that way the governing parties could impose checks and balances on each other. A leading conservative rag, The National Post, was succinct in its assessment of Canada's election result. "Voting Liberal will cost you. On average, Canadian families will pay an additional $ 2,000.00." Like most Canadians, the newspaper was polite; truth is, under Trudeau, those earning over $150k are wealthy. In his eyes, the working class 'rich' deserve to pay more taxes. How long will it be before citizens wake up? Will they ever realize their error? In their rush to judgment against Harper, they committed the unpardonable: entered into a Faustian pact. By electing Trudeau, ordinary Canadians have embedded a Trojan horse in their households. Suit Trudeau cannot be trusted. He will pick their pockets bare. Prudent fiscal responsibility is beyond his comprehension. Meet the new boss. Same as the old boss!