Stephen Harper's arrogance in his condescending election campaign was his political death-knell. Welcome on the world stage Justin Trudeau, a breath of fresh air who seems set to lead Canada on a proud new patriotic course away from the skirt-clinging, crawl round the legs of the USA followed by Harper. 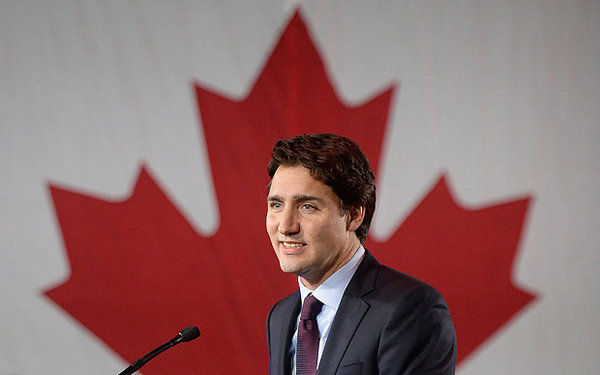 Justin Trudeau's political pedigree is well known. Born in 1971 to the then Canadian prime Minister Pierre Trudeau, Justin Trudeau studied a wide range of academic subjects from Education Sciences to Literature to Engineering to Geography and rose to fame championing public causes. Political life ensued as Member of Parliament for Papineau in 2008, 2011 and 2015 and since 2013, has been the leader of the Liberal Party of Canada.

On foreign policy issues, Trudeau presses all the right buttons. A supporter of Nelson Mandela, he favors development over deployment of troops and appears set to make a break with Canada's insistence on following its southern neighbor like a puppy, getting involved in Washington's wars so that the USA can claim it represents a wider international front.

At home, Justin Trudeau has made the news with his position on abortion, which is pro-choice; on legalization of marijuana based on the experience of the State of Colorado (USA); on his stance for increased rights for indigenous people in Canada.

The international community is today smiling at Canada's new Prime Minister. For sure few, except perhaps the United Kingdom and the USA, will mourn the departure of Harper, another toady, another lackey, another assimilated Canadian colonial.