UN: East vs West Summit that never was

Like the recent tetrad moon celestial event that wowed millions of worldwide stargazers, the 70th anniversary of the United Nations' founding this October had promise of something just as spectacular: a coming together; a spirit of cooperation and understanding among world powers. 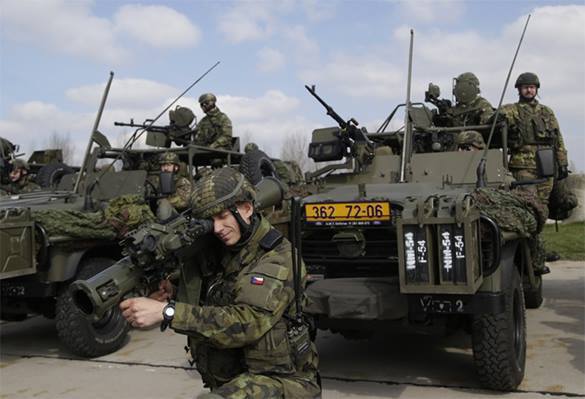 After an estrangement that lasted the better part of three years, America and Russia would finally meet. Maybe the estrangement lasted longer; that is the impression I got after listening to pundits on both sides of the ideological divide. Global citizens were correct in their overt optimism.

They had every reason to be. Respective American and Russian presidents Barack Obama and Vladimir Putin would both address the U.N.'s General Assembly. Later in the week, the two men would meet in person. People (maybe the U.N. delegates too) everywhere had hope; high hopes. Instead of the cold stares, and those infrequent frosty 'diplomatic' communiqués the two super power leaders would now sense and then seek a thawing of the status quo. Why not? At this venue, in particular there was ample space and an amiable environment to find common ground.

This memorable week could also have heralded a new era for not only America and Russia but internationally as well. As if by providential intervention, the two men had helping hands at their disposal. Succor came in the form of a Roman Catholic Pontiff. Pope Francis was also down on the American terra firma. The 'people's pope' had gone walk-about. He had already visited the post 9/11 'ground zero' memorial in New York. Then he flew to the nation's capitol: Washington, D.C. Before a packed audience in Congress, he addressed America's lawmakers. The Pope's speech sounded more like a stern lecture. That point though was lost on many of the cheering Republicans and Democrats. Over at U.N. Headquarters, after Pope Francis delivered a similar discourse to the one he excoriated Congress with, President Obama stepped on the podium. If those in attendance and the viewers round the globe were at the edge of their seats expecting to hear Obama declare a change of heart where he sought new direction for improved international relations, well, they would be disappointed. Obama's U.N. address fell flat; he droned empty rhetoric start to finish. Repeatedly, he stated the same banal position that he has done so often: Russia is the world's greatest threat to world peace.

As usual, Ukraine was the centerpiece of his hegemonic diatribe; not even once did Obama allude to U.S. involvement and continued meddling after Kiev's 'color revolution' and subsequent coup d'état. Stating the obvious, the West needs to mollify its hardened stance. Against that feckless backdrop, Russian President Vladimir Putin stood center stage to set the world straight. He made the most of his time. Without mincing words, President Putin enunciated his realistic assessment of the wider world's pressing problems. His focus: Syria's struggle with ISIS. Unlike their Western 'partners', Russia was committed to taking a firm stand against the spreading terrorist threat in parts of Iraq and Syria. That meant Russia would respond militarily after Syria's legitimate President Bashar al-Assad had asked for its help. Next, Putin took dead aim at Syria's refugee crisis. Without specifically mentioning the U.S., President Putin's terse declaration laid down the gauntlet. "Look what you have done!" He should have followed with a poignant question. "Where is your sense of decency?" Regarding the disastrous situation in Ukraine, Russia's articulate president did not shy away. He delivered the truth for all to hear. Peace was before the Kiev junta in the form of the Minsk agreements. All Kiev had to do was embrace the framework and respect the terms just as the Luhansk and Donetsk Peoples' Republics had sworn in their commitment. He further proffered that outside U.S. and NATO meddling served no meaningful purpose. None at all. Ukrainians alone had to solve this crisis.

Obama and his legacy

One would hope that Nobel Peace Laureate Obama, who these days is so concerned about his legacy after he leaves office in 2017 would at last learn to better comport himself as the 'leader of the free world'; try another tack; eschew regime change. Precisely this kind of intransigence is responsible for the creation of so many killing fields round the globe from North Africa, the Middle East, Afghanistan and in the heart of Europe. U.S. hegemonic aggression has even exacerbated regional tensions in the Far East. I was remiss to state: another world leader was also present in the U.S. at the same time. Chinese President Xi Jinping's arrival drew little fanfare. Mainstream media reported his was an economic mission: build better relations with American manufacturers; an invigorated Chinese PR campaign was important after the recent devaluation of the Yuan and a stalling Chinese export economy. One can be certain that President Jinping paid close attention to what his U.S. and Russian counterparts had stressed in their respective worldviews. Moreover, I am confident that Jinping had much to ponder on the flight home; especially disconcerting was his knowledge that the U.S. would continue its hegemonic expansion. Cannot say I fault him: Obama singled out China with another stern warning against expanding its military presence in territorial waters. Nothing has changed in Obama's 'Asia pivot' either. Looks like Russia and China will have to wait this out. President Donald Trump is a far more capable leader; The Donald understands the true value of 'partnering'.