It seems these days, not an hour passes where the Western vassal presstitutes regarding Russian President Vladimir Putin cannot contain themselves from attacking him. Neither do the MSM sock puppets have any compunction from heaping more vitriol on a principled man and the great leader of his people. Moreover, the Western backed purveyors have harangued both he and Russia with their outright lies and fabrications for nine months running. Their drivel now is tiresome. 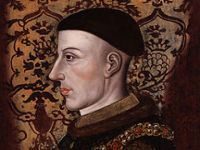 Of course, stooges that they are, at the butt of their non-stop anti-Russian rhetoric are the threat of more sanctions. Just what the wider world needs; doesn't bother them a bit though that the accusers as well are all mired in a deep recession. The sanctions pendulum swings both ways!

No surprise either that the vast majority of the Russian people continue to support their President in this conflict between East-West perceptions for the world; some 'experts' call it the renewed 'cold war' or re-set. And despite what the West claims, Vladimir Putin's approval ratings eclipse 80 per cent and continue to climb. Imagine that: Russians collectively on down from the President won't capitulate to the Western propaganda!

Early on, some of that vitriol was to be expected given that Ukraine, long since a failed state after the bloody and murderous Maidan coup d'état in February had fallen deeper into the abyss after 298 lives were lost aboard the crashed civilian jet MH17 over East Ukraine during the genocidal and still ongoing civil war. Right on cue, the West was quick to blame Russia; even before an official, and international investigation was launched.

Yet in the absence of real proof against Russian complicity in Ukraine's internal affairs, one would hope that at least one courageous editor-chief had the modicum of intelligence to understand and report the truth: that continued U.S./IMF/EU/NATO meddling in Ukraine's internal sovereign affairs was more the causative factor in the country's slide into total collapse; more so than from any 'perceived' Russian involvement.

The naysayers here and elsewhere will be quick to trot out their usual suspect objections: Putin invaded Crimea, he did the same in East Ukraine, he has now targeted all of Europe, and his expansion plans for the Russian empire include the Baltic States. The new 'Stalin' has even set his sights on the Holy Grail: England. What nonsense! Let us examine the real context, shall we.

A revolution by any color pales when juxtaposed to the real truth: the Maidan Protests and subsequent coup d'état was hatched by America; and for America. Washington's sole aim was to install a puppet government whereby the proxy illegal Kiev government would preside over Ukraine with only America's (IMF/CIA/NATO) best interests at heart. How dumb is that!

Did these treasonous collaborators really think that Russia would stand idly by; watch their navy dislodged from the Black Sea Sevastopol port in Crimea? And did the Western scoundrels equally believe that Russia would grovel before this illegal junta to acquire a new lease? Why should America and the world be surprised that Crimea legally voted and quickly to secede and join Russia? Any real sovereign nation would have acted in similar fashion to Russia; full stop.November 8, 2014.

Well, many from America bought the lies; and still do. Senator John McCain (who will now probably chair the U.S. Senate Defense Policy Committee) is a prime example. After he returned from Ukraine while addressing colleagues and the press, warmonger McCain was dismissive of Russia. And his description possibly born of ignorance, 'Russia is a giant gas station' was altogether disrespectful. Uh, yes Senator, Russia is that now. What you are remiss to understand is that Russia is not Moscow. Neither is it St. Petersburg nor Sochi. Russia is however that vast tract of territory from the Polish border on the west to Vladivostok and Siberia in the east. In fact, Russia contains the world's largest land mass replete with many natural resources.

And with the oil and gas proceeds, President Putin is committed to building the infrastructure for a better tomorrow; for all Russians. And in case McCain also forgot, Putin's Russia, inherited from his predecessor Yeltsin was still antiquated and more so corrupted. The economy, barely free from the Communist era was in the throes of transformation to the Western, 'capitalist' model. Free markets and 'privatization' were all very nascent principles for not only the common people but for the bureaucrats and politicians as well; but not to the oligarchs. Criminals like Khordokovsky stole shares and then cashed in at expense of the people. Spot the difference?

Instead of lecturing Russia and its leaders on how to comport themselves in the real, broader multi-polar world, the decadent West should take some time to read more; learn the lessons of history.

William Shakespeare's play Henry V would be a good start. The scene is Agincourt in northern France during the 15th century.

Yet, God before, tell him we will come on, Though France himself and such another neighbor Stand in our way. There's for thy labor, Montjoy. Go bid thy master well advise himself: If we may pass, we will; if we be hinder'd, We shall your tawny ground with your red blood Discolor: and so Montjoy, fare you well. The sum of all our answer is but this: We would not seek a battle, as we are; Nor, as we are, we say we will not shun it: So tell your master.

Like England's King 'Harry' who rallied his countrymen to help him lay claim to that which was rightfully his (French crown) but denied him by the bogus Salic Laws, President Putin's cause, is equally just. What business is it of the West if he protects Russia's own interests and people from foreign aggressors who have amassed their encircling military forces right at Russia's borders?

The West though still doesn't get it. Now the real question is 'who blinks first'. Hard to believe let alone accept that the world's at this juncture. Forget peace. The blast of war is in the air, everywhere; really, this is all too tragic.