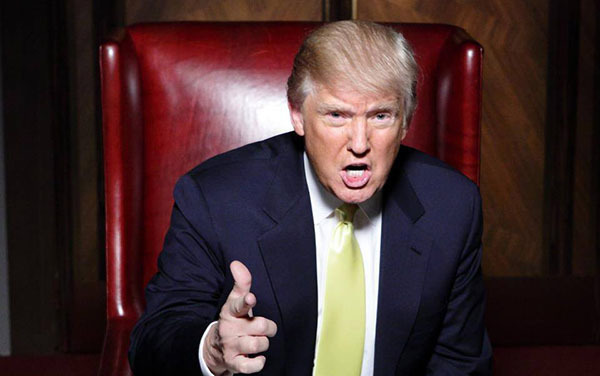 Anyone familiar with the title would also know that those words are the opening lyrics to a popular theme song. 'Rawhide' was a U.S. TV hit series that premiered in the 1960's. As much as it is a catchy tune, 'Rawhide' served a higher purpose. The music spoke to the nation. And the rousing lyrics were a sweet sound to the people.

Americans felt confident about themselves. With their young President, John F. Kennedy, the people had at last found new hope. There was promise of a good tomorrow; chiefly because citizens had a renewed faith in their government. Not that the nation was without problems; many issues, serious ones, needed to be resolved. To say the least, America and President Kennedy in particular were beset with a litany of challenges.

Just to name a few: the Civil Rights Movement, the Cold War with the Soviets, the threat and domino effect of International Communism as well as U.S. Steel's lobby/monopoly power which threatened to derail the longest continuing post world war economic expansion. Even still, the general consensus about the public's mood was positive; very much so. Things were moving forward. Ordinary citizens got on with their daily lives: work, raising families, and successive generations pursuing higher education. And there was the Peace Corps. Through this government vehicle, foreigners became acquainted with and were recipients of America's best and bright young minds whose altruistic efforts brought real progress to the underdeveloped nations. For certain, 'The American Dream' was very much alive, well and flourishing.

With the aforementioned in mind, one gets the sense that something similar is happening in America today. The nation is undergoing a sever mood swing. The winds of change have swept through the great land. This grass roots movement has a leader. His name: Donald Trump. There is no better candidate right now to steer the cattle drive to its home market. Americans across the social/economic/political spectrum flock in droves to join as hired hands; they're too eager to support him along his campaign trail. They're retirees. Many teens come. Both sexes are drawn. Race is not a barrier. Those disparate groups have one common denominator. They can't wait to hear the brash billionaire tycoon.

Trump speak is straight talk; his plain words form a common language Americans understand. Not saying that 'The Donald' is a John Kennedy; not at all. What cannot be denied is that like Kennedy, he too has great charisma; the real deal. Trump's decisive. He's resolute. His beliefs are honed by conviction. Failure by excuse proffering is not an option; not for he or anyone in his ranks. In a shell, candidate Trump's message to the people boils down to one statement: I have your back! That's how he plans to make America great again. Let the people take responsibility. Give families freedom to manage their own lives. Government needs to butt out.

Over regulation has run amok far too long. So have the massive welfare bailouts to the banks and other corporations 'too big to fail'. They're done. Swim or sink; those are the only two options. Not everyone in America is enamored by Trump's rising political fortune. RINO's and especially the GOP old boys club are, well, furious. The pundits inside the Republican Party as well as their vassal stooges in the mass media are befuddled. No one in either rank has an answer let alone strategy to push 'The Donald' off center stage.

Indeed, Trump's candidacy lobbed a spanner in their work: the coronation ball after Bushs' Third Coming, as in Jeb? Well, forget about it, Jeb. Carson, Cruz and Hillary too! Not all conservatives are ignorant. Former Alaska governor, vice presidential candidate and ex-Fox News analyst Sarah Palin paid attention. After her interview with 'The Donald' and speaking All-American, Sarah's summation was succinct. "Donald Trump's message resonates. Because he has guts!" Good on Sarah. She too knows a thing or two when it comes to showing backbone. Sarah's not afraid to call a spade a shovel! Other 'traditional' Republicans agree. Former House Speaker, Newt Gingrich, was liberal in his plaudits. "When it comes to a correct reading of the changing political trends, Trump's a fast learner." Even with his strong hands on the reins, the trail boss' drive to the Oval Office has a way to go.

The trail ahead is laden with pitfalls. At each turn he should expect to encounter rattlers; the back-biting kind. Bushwhackers lay in wait. The pursuing posse is only too eager to steal them doggies. Moreover, it remains to be seen what plans 'the Donald' has to repatriate from China those other two important factors of production: money and machinery. U.S. manpower is ready and willing; but under Obama (and Dubya) the labor force has been sidelined for the better part of two decades. Can Trump retool America quickly enough for not only the unemployed but under employed as well as the college grads entering the job market so that those willing will work? So many Americans need gainful employment; they long for steady good paying jobs with prospects for upward mobility.

Not part-time or minimum wage burger flipping service jobs. And how will Trump deal with the status quo? Does he have the will and the means to corral and eventually impound the lobbyist dogs running Washington's beltway? Just as important how will he keep the Wall Street wolves at bay? The electorate knows, or should know, that the sheep-skinned ravenous pack has long ago hijacked the securities markets, The Treasury and The Fed. What does a Trump presidency mean for Russia; for Europe; for the rest of the world? If we can hold him to his words (willing to wager that Trump will exceed everyone's expectations) many Americans would herald him as a new beginning.

Moreover, I believe the announcement that America's new President is Donald Trump would be welcomed worldwide; a special welcome if 'The Donald' makes good on his promise to withdraw all U.S. military presence from the continent; let Europeans resolve their own problems including Ukraine. The Middle East, the Far East, Africa and South America don't need no U.S. policing either. Trump said it. With Trump's administration focusing on domestic issues, maybe there's a chance. The multi-polar world would sense a glimmer of hope: that the U.S. hegemonic drive across the globe has at long last been arrested. Do I hear applause? Maybe some Russians, Chinese and Euros will root for him. We'll see... Listen... Hear that? There it is again.