Is it Islam or Uslam, ISIS or USIS, Al Qaeda or Al CIADA? 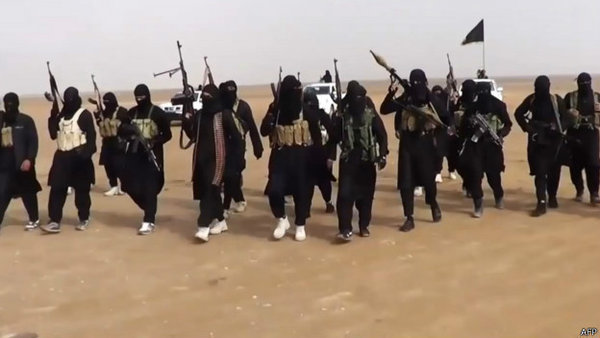 It has never been a secret that Al Qaeda was founded and funded by US spy agencies to give the Soviets a hard time after they had invaded Afghanistan in 1979. The ties between the US and Al Qaeda have never been severed, as the public is being made to believe. On the contrary, according to a recent New York Times article, millions of US dollars were given to Al Qaeda not long ago. In other words, the Washington regime is still funding Al Qaeda as it has been doing all along, all these past three decades and a half. To put it bluntly, Al Qaeda is a mere front organization following orders from Washington.

What goes for Al Qaeda, essentially goes for ISIS as well. While the public is made to believe the US and its NATO vassals are fighting ISIS, the reality is different. The bands of thugs that are turning Mesopotamia into a wasteland of horror and terror, (under the aegis of ISIS) are allowed to move about freely. Their equipment is new in perfect order. Yet how can it be, when ISIS is operating in a landlocked area, surrounded by longtime faithful US proxies? And of course, by Iran, but the Sunnite ISIS thugs are certainly no friends of the Shiite Iranians, perish the thought! If the Washington regime were at all serious about opposing ISIS, do you think it would permit Turkey, Saudi Arabia, the Gulf States and Israel to provide (as they have been doing systematically since ISIS first appeared on stage) extensive logistical and financial support to ISIS? It is because ISIS (or should we say "ISUS" or "USIS"), like Al Qaeda is a mere front organization following orders from Washington.

The orange overalls in which ISIS captives are dressed, are the same as those used for the inmates at the US concentration camp in Guantánamo Bay. ISIS has been recruiting thousands of young Muslims from US NATO vassals that are allowed unhindered access to ISIS-controlled territory. How do you think this could be possible without the full cooperation of all concerned European spy agencies, all marching in lockstep with their CIA puppet masters? The most telltale giveaway is, of course the absolute silence of the Israeli government. While constantly shouting angrily at distant Iran, the Israelis do not seem to be worried by the presence at their very doorstep of ISIS.

Of course, any well-informed thinking person would have concluded long ago that all talk of the danger of Islam is wildly exaggerated. If Islam is really such a danger, as all "Western" governments have been trying to make us believe, then why on earth did the US and its NATO vassals actively promote the creation of two new Islamic states in Europe? Because that is precisely what they did: first Bosnia Herzegovina and then Kosovo, after first performing the required "ethnic cleansing". Kosovo is a true rogue state, run by a small clique of ruthless criminals enriching themselves by means of drug trafficking, white slavery and the smuggling of organs for transplantations. Kosovo is a lot like Honduras, but whereas Honduras is a traditional banana republic, Kosovo is a banana republic on steroids, a "drug republic". And precisely in Kosovo the Washington has located its most important military base: Camp Bondsteel, housing 7.000 US soldiers living behind a 2.5 meter high earthen wall.

Is it not strange that while the US and its NATO vassals keep telling us all about the threat and dangers of Islam, and keep reminding us not to trust Muslims, they are secretly supporting Islamist thugs in every imaginable way? Public opinion in the "West" is being exposed to a vicious little game conceived by a handful of evil idiots somewhere in or near Washington.

On the one hand, fear of anything pertaining to Islam and its adherents is being instilled on a daily basis, by governments and the government-controlled press. On the other hand, Muslims all over Europe are the beneficiaries of "positive discrimination" and are being pampered in every imaginable way. It comes as no surprise that many people are upset about this. But whenever average citizens express themselves a bit too outspokenly against Muslims, they are dragged before some kangaroo court (basically, all courts in the "West" have become mere kangaroo courts) to be convicted of "hate speech" or worse.

Meanwhile the Washington regime is busy doing everything in its power to destroy Europe, or at least prevent Europe from forming an alliance with Russia. As long as this remains a possibility, no matter how remote, the Washington regime cannot consolidate its stranglehold on the world. And that is where the Islam (or should we say "USlam"?) comes in: there is no more useful tool for the US to realize its objective.

Mind you, I am not the only one to say this, nor the first: I can heartily recommend the writings of Alexandre del Valle, for instance Guerres contre l'Europe (2000) and Islamisme et États-Unis: une alliance contre l'Europe (1997).

One cannot reiterate often enough: the US is NOT Europe's friend. Nor is it a friend of any individual European state. First of all because US people have a different concept of friendship than Europeans. For the latter, friendship, by its very nature, implies a relationship between equals: it is the very friendship that makes them equal. For a US-person, a relationship with a non-US-person, especially in the world of business or politics, can never be a relationship between equals, because he will always regard the other as inferior. Second. It is good to bear in mind a dictum of Charles de Gaulle: "France has no friends, it has only interests". Likewise, Europe has no friends (certainly not the US), it has only interests. Indeed, nations cannot have other nations as friends, they have only interests. And it is not in Europe's interest to have a close relationship with the US.